If it weren’t so heartbreaking, this would be a funny story. Imagine this, if you will – there is this young 21-year-old onion farmer in a tiny village called Talegaon Rohi. The village is in one of the most drought-stricken areas of Maharashtra, the kind of place where farmer suicides are as routine as 45 deg C temperatures and accepted with the same weary resignation. His only familiarity with largish bodies of water comes from looking down the deep, dark wells his father digs and seeing, sometimes, a suggestion of a shimmer somewhere far below. He doesn’t do it often, though – he is terrified of water.

And then, suddenly, the universe shifts. The young man’s father dies, and the burden of supporting his family falls on his lanky 6 ft 4 frame. In 2012, looking for opportunities outside his village, he goes off and joins the army. An officer takes stock of his build, and suggests he try rowing. The young man swallows hard and gets into the boat. He knows that if he begins to do well at the sport, there is a chance for promotions, and monetary rewards, which he can send back home to his mother.

Four years later, exactly four years after he picked up an oar for the first time, the young man comes to the Olympics, an international sporting event he has never heard of until a year before, as his country’s sole qualifier in the rowing category.

This is a true story. The young man in question is Dattu Bhokanal, who qualified for the quarterfinals of the men’s single sculls on Saturday at Rio. he will row his heart out again, attempting to book himself a berth in the semis. An entire country will be rooting for him, hoping for his fairy-tale to have a happily ever-after.

But chances are that Dattu Bhokanal will not be as concerned about that – chances are he will be thinking of his mother, lying in a hospital bed in Pune, paralysed after a recent fall, unable to comprehend what her son has achieved.

It takes all kinds of strengths to be an Olympian. 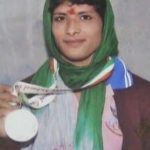 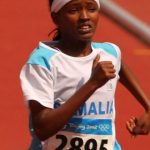