The odds she had to defy

Chandramma K of Bengaluru, the 14-year-old student who has defied all odds to clinch several gold medals in athletics at various inter-school competitions over the last few year, including the first-place in 100-metre and 200-metre sprints at the taluk-level in 2015-16. Without any proper coaching, she also stood first at the 100-m dash at “Gail – The Fastest Indian” event in 2014.

Her parents never came to take her back

Chandramma’s life like many achievers has not been a smooth journey. At the age of seven, she was rescued from the streets of Bengaluru along with her younger brother. The police had taken them to the Child Welfare Committee (CWC), and their parents were informed. Although, they told that they will come back for the siblings but they never actually turned up.

Chandramma is now a Class-VII student at Balya Vidya Mandir, a school run by an NGO Annapoorna Charitable Trust in Jnana Ganga Nagar. She can now read and write in English and Kannada. She also knows how to operate few basic computer programs. Chandramma’s achievements are results of her practice and hard work one month before any major competition. She doesn’t have the best shoes, neither she underwent any formal training. Which makes the feat all the more special.

The Don’t Give Up World Team wishes Chandramma all the very best in her endeavours and future. We salute her courage and conviction to defy her past and succeed. 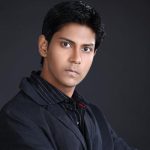 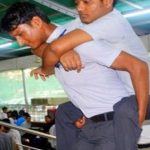