Captain Radhika Menon, Master of oil products tanker Sampurna Swarajya, became the first woman to become the captain of Indian Merchant Navy in 2011. This year, she becomes the first woman in the world to receive International Maritime Organization’s (IMO) Award for Exceptional Bravery at Sea for saving the lives of seven fishermen from a sinking fishing boat in the tumultuous sea.

On June 22 last year, a fishing boat called ‘Durgamma’ was caught in a dangerous storm with a broken engine. Amidst wave heights of more than 25 feet, winds of more than 60 knots and heavy rain it had drifted from Kakinada in Andhra Pradesh to Gopalpur in Odisha. Luckily it was spotted by the Sampurna Swarajya crew. Captain Menon took in charge of the rescue operation. And after arduous efforts, the seven fishermen were rescued and brought on board the ship.

This annual Award was established by IMO to provide international recognition for those who, at the risk of losing their own life, perform acts of exceptional bravery, displaying outstanding courage in attempting to save the life at sea or in attempting to prevent or mitigate damage to the marine environment.

The Dont Give Up World  congratulates Captain Menon for her award. We salute you for your immense bravery and you’ll inspire a lot of women to join merchant navy. 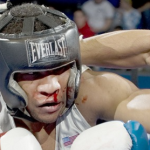 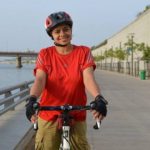