Malala Yousafzai Full Speech At Noble Peace Prize Ceremony In Oslo Today December 10, 2014
Pakistani Malala Yousafzai & Indian Kailash Satyarthi Received Noble Peace Prize In Oslo
Malala Yousafzai, the young campaigner for girls’ education, has invited five inspiring girl champions to join her at the Nobel Peace Prize ceremony, a press statement from the Oslo-based Malala Fund said on Monday.
For this first-ever Nobel Peace Prize ‘Girl Delegation’, Ms Yousafzai will be joined by Shazia Ramzan and Kainat Riaz, her school friends from Swat who got shot along with her in an attack in 2012; Kainat Soomro from Sindh, Mezon Almellehan from Syria and Amina Yusuf from Nigeria.
The young women will be her special guests when she receives the award at the ceremony to be held on Wednesday.
“Though I will be one girl receiving this award, I know I am not a lone voice,” the statement quoted Ms Yousafzai as saying.
“This Nobel Peace Prize is for all girls everywhere who want education. These courageous girls are not just my friends, they are now my sisters in our campaign for education for every child,” she added.
Commenting on the invitation, Shazia Ramzan said: “I am very happy that Malala is receiving the Nobel Peace Prize. This is an honour for Malala, for all Pakistani people and for education. Thank you, Malala, for letting us share this special moment with you, our friend.”
The Nobel Peace Prize (Norwegian and Swedish: Nobels fredspris) is one of the five Nobel Prizes created by the Swedish industrialist, inventor, and armaments manufacturer Alfred Nobel, along with the prizes in Chemistry, Physics, Physiology or Medicine, and Literature. Since 1901, it has been awarded annually (with some exceptions) to those who have “done the most or the best work for fraternity between nations, for the abolition or reduction of standing armies and for the holding and promotion of peace congresses 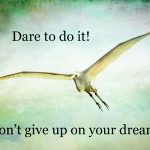 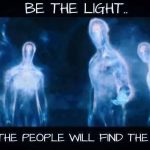