The man who changed the definition of leadership, the man who immortalised Jersey No. 7, whose sharp mind and cool head gave him the tag of Captain Cool, the man who fulfilled billions of dreams by winning two World Cup trophies for the nation. Mahendra Singh Dhoni always made India heads up high as Batsman, Keeper and Skipper and who had been a big boost in the trajectory of the Indian Cricket.

Respect to MS Dhoni for being what only he can be. He inspired many youngsters to follow their dreams in spite of all the hardships and struggles in life. He set an example among upcoming ad budding individuals, the way to be as calm, composed and professional in the field.

Captain Like him walks once in a lifetime! End of an Era !!

Mahendra Singh Dhoni has unmatchable fandom. He is loved by one and all. This legendary personality has got many tags and names by his fans and followers, and pundits of sports.

For his outstanding performances, great Leadership and sense of duty towards the cricket and the nation, Mahendra Singh Dhoni has been the recipient of many awards.

Dhoni is no doubt one of the best Captain that the game of Cricket has ever seen. He always led the team from the front, accepted the mistakes on his own and credit his team for all the achievements. MSD holds numerous exceptional captaincy records.

Let’s Thank our Hero for all the memories and achievements that he made possible for our Indian Cricket team. Cricket will never be the same without Mahendra Singh Dhoni. 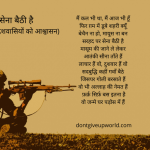 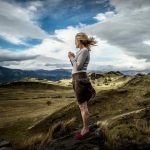