The manner in which this man has quietly approached success is a unique example and many can only dream of coming anywhere close to him. Born into a poor family, he managed to complete his education and began working in jute industry where he bought jute from the farmers and sold in the urban markets. It is hard to believe that today this man is the force behind a business entity worth Rs 15,000 crore.

There was a time when he cycled for 25 km everyday with heavy sacks. Today, he uses his private plane to travel from one place to other. He has become a respected name in the most glamorous areas of Indian corporate sector.

The man in the photograph is Grandhi Mallikarjuna Rao is a heavyweight businessman who needs no introduction. Founding force behind India’s biggest infrastructure company GMR Group, Grandhi was born in a town named Rajam, some 100 km from Visakhapatnam. His father was a small-scale businessman who dealt in jute and grains.

His father always encouraged him and his siblings to pursue education and find a job for themselves. However, the mother wished for their entrepreneurial success. First blow of failure came Grandhi’s way when he failed in middle school. This was enough for him to realise the importance of education and he sincerely focused in school.

Never taking his eyes off his goal, Grandhi passed out both his school and college as a topper and took admission in a government college for pursuing a degree in Mechanical Engineering. He was the first one in his family to get a college education.

“Now he had one more thing to take care of – his mother’s wish.”

He and his brother jumped into the same jute business and started exploring ways to expand it. In 1985, Grandhi parted ways from his brother and made an entry in plastic industry. He started dealing in plastic pipes and rims and made connections with several businessmen all over Andhra Pradesh.

After one year, he joined Vysya Bank as the branch head in Andhra Pradesh. Back then, Vysya was a very small name in banking operations. As he continued serving the bank with his dedication, he was made a partner in the bank and made Vysya a national name. This was a huge achievement for Grandhi which boosted his spirits further and he established the base of his very own GMR Group.

In its initial days, GMR Group spread its business in agriculture and power sector. Then it adopted the PPP model and stepped into the infrastructure industry. They have broken all records of success and now undertake huge projects even in Nepal, Turkey, South Africa, Indonesia, Singapore, Maldives. They work on providing infrastructure in these countries and are now a brand that nobody can overlook.

If you talk about India, GMR Group is the force behind operations of Indira Gandhi International Airport, New Delhi and Rajiv Gandhi International Airport, Hyderabad. There was a time when all Grandhi knew was to sell jute in the city market but he held on to his resolution of winning the world one day and presently heads an empire worth over Rs 15,000 crore! Hail his achievements! 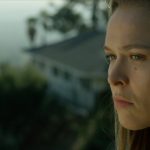 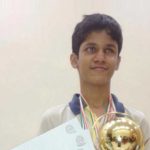