(This clip from the classic “Superman” TV show was originally posted for April Fool’s Day, but is staying on the site by popular request.) With the planet facing a growing threat from the sun, this passionate speech from the geo-visionary known as Jor-El challenged a packed council chamber to take action before it’s too late. 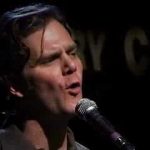