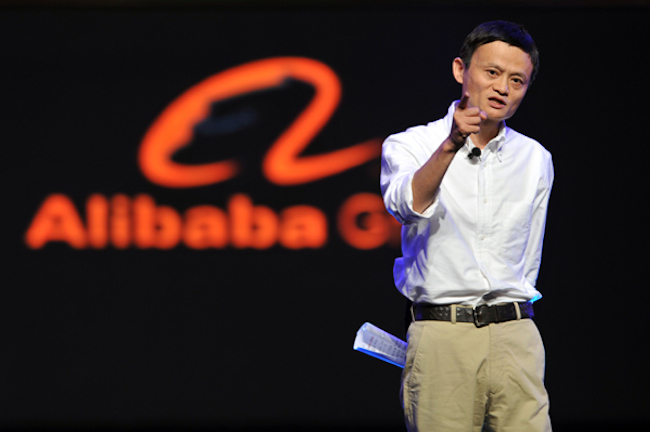 Jack Ma (a.k.a. Ma Yun) was born on October 15, 1964, in Hangzhou, located in the southeastern part of China. He has an older brother and a younger sister. He and his siblings grew up at a time when communist China was increasingly isolated from the West, and his family didn’t have much money when they were young.

Ma was scrawny and often got into fights with classmates. “I was never afraid of opponents who were bigger than I,” he recalls in “Alibaba,” a book by Liu Shiying and Martha Avery. Still, Ma had hobbies just like any other kid. He liked collecting crickets and making them fight, and was able to distinguish the size and type of cricket just by the sound it made.

After then-US president Richard Nixon visited Hangzhou in 1972, Ma’s hometown became a tourist mecca. As a teenager, Ma started waking up early to visit the city’s main hotel, offering visitors tours of the city in exchange for English lessons. The nickname “Jack” was given to him by a tourist he befriended.

Without money or connections, the only way Ma could get ahead was through education. After high school, he applied to go to college — but failed the entrance exam twice. After a great deal of studying, he finally passed on the third try, going on to attend Hangzhou Teacher’s Institute. He graduated in 1988 and started applying to as many jobs as he could.

He received more than a dozen rejections — including from KFC — before being hired as an English teacher. Ma was a natural with his students and loved his job — though he made only $12 a month at a local university.

Ma had no experience with computers or coding, but he was captivated by the internet when he used it for the first time during a trip to the US in 1995. He had recently started a translation business and made the trip to help a Chinese firm recover a payment. Ma’s first online search was “beer,” but he was surprised to find that no Chinese beers turned up in the results. It was then that he decided to found an internet company for China

Though his first two ventures failed, four years later he gathered 17 of his friends in his apartment and convinced them to invest in him and his vision for an online marketplace he called “Alibaba.” The site allowed exporters to post product listings that customers could buy directly.

Soon, the service started to attract members from all over the world. By October 1999, the company had raised $5 million from Goldman Sachs and $20 million from SoftBank, a Japanese telecom company that also invests in technology companies. The team remained close-knit and scrappy — “We will make it because we are young and we never, never give up,” Ma said to a gathering of employees.

He has always maintained a sense of fun at Alibaba. When the company first became profitable, Ma gave each employee a can of Silly String to go wild with. In the early 2000s, when the company decided to start Taobao, its eBay competitor, he had the team working on it do handstands during breaks to keep their energy levels up.

In 2005, Yahoo invested $1 billion in Alibaba in exchange for about a 40% stake in the company. This was huge for Alibaba — at the time it was trying to beat eBay in China — and it would eventually be an enormous win for Yahoo too, netting it ~$10 billion in Alibaba’s IPO alone.

Ma stepped down from his post as CEO in 2013, staying on as executive chairman. Alibaba went public on Sept. 19. “Today what we got is not money. What we got is the trust from the people,” Ma told CNBC. The company’s $150-billion IPO was the largest offering for a US-listed company in the history of the New York Stock Exchange. It also made Ma the richest man in China, with an estimated worth of $25 billion.

Alibaba employees threw a big party at the company’s Hangzhou headquarters to celebrate. One employee even took the party as the perfect opportunity to propose. Ma told employees at a press conference that he hopes they use their newfound wealth to become “a batch of genuinely noble people, a batch of people who are able to help others, and who are kind and happy.”

The IPO may have made Ma an extremely wealthy man, but he hasn’t made any flashy purchases (yet), and he still has some pretty modest hobbies. “I don’t think he has changed much, he is still that old style,” Xiao-Ping Chen, a friend of Ma, told USA Today. He likes reading and writing kung fu fiction, playing poker, meditating, and practicing tai chi. He has even teamed up with Jet Li to spread awareness of tai chi, and he brings a trainer along with him when he travels.

Ma developed an interest in environmentalism when a member of his wife’s family became sick with an illness that Ma suspected was caused by pollution. He sits on the global board of The Nature Conservancy, and spoke during a session of the Clinton Global Initiative this September. He’s also been instrumental in funding a 27,000-acre nature reserve in China.

Ma has largely kept his family life out of the spotlight. He married Zhang Ying, a teacher whom he met at school, after they graduated in the late ’80s. “[He] is not a handsome man, but I fell for him because he can do a lot of things handsome men cannot do,” Zhang has said. They have two children — a daughter and a son who is an undergrad at UC Berkeley. Ma has also audited history classes at his son’s college.

Ma is something of a celebrity in China, and crowds of people show up to listen to him speak

The company also hosts annual talent shows, and Ma is a natural entertainer. At a company anniversary event, he dressed up as a punk rocker for a performance in front of 20,000 Alibaba employees.

Company lore has it that Ma came up with the name “Alibaba” while sitting in a San Francisco coffee shop. In “Ali Baba and the Forty Thieves,” a secret password unlocks a trove filled with unbelievable riches. Ma’s company has, in a way, revealed the potential of small and mid-sized businesses across the globe. 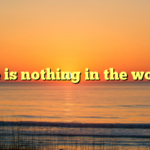 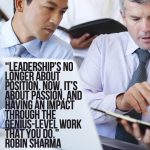