The vision to achieve his childhood goal helped 23-year-old J. Rajashekar Reddy qualify the final hurdle of becoming a chartered accountant. He is the first completely blind candidate in India to manage the feat. “My success is not mine alone but of all those volunteers, teachers, friends and mentors who supported me throughout,” said the boy from Guntur, who cleared the examination in his second attempt on Jan 21.

After he lost his vision owing to a damaged optic nerve caused by brain tumor at the age of 11, Rajashekar never imagined that he would be able to script a sterling success.

“I went into depression and my parents had given up on me. I had never paid much attention to studies, but I am grateful to my grandmother who brought me to Hyderabad, after she heard of the Devnar School for Blind,” said Rajashekar, who found his feet after joining the school. A meeting with a career counselor at the school when he was in 10th standard set the pace for his career.

“The profession of CA is an honoured post in the society and hence I was motivated to pursue it. My father works as an electrician and mother is a homemaker. It is a little difficult for them to comprehend the sense of my achievement. In fact, looking at the jitters I was going through before my results were declared, my mother was worried that I chose a profession which causes stress and wanted me to relax at home,” he added.

Preparing for the examination is doubly difficult for a visually impaired student due to lack of study material. But Rajashekar’s teachers and many volunteers helped him record the books into an audio format through scanners.

“I would record the classes at my coaching institute and hear lectures after returning home. Also, the questions for the practical paper are lengthy, and going over them again and again is tedious as my peers with normal vision could always go back to a certain part of the question or pick up a book and start reading right-away. For practical preparation, my teachers and volunteers had been helpful,” said the B.Com graduate from Osmania University.

The tedious efforts of four and a half years were lauded by Rajashekar’s teachers at school. “He was staying with us throughout his college. A visually-impaired person is as good as anyone and need not be pitied. They can reach the pinnacle of success through hard work,” said Dr. A. Saibaba Gowd, chairman of the Devnar Foundation 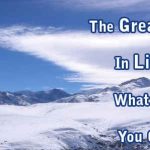 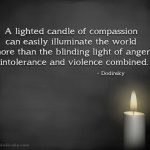