Previous Next
Author’s note: This piece was written 21 years ago for Sportsworld magazine (and was only retrieved thanks to Mudar Patherya, who was a young cricket writer then). Sachin Tendulkar was 15, a year and a half away from playing Test cricket and four months short of his first-class debut. I was not yet 27, in an advertising job out of business school, with one Test match and a handful of one-dayers on Doordarshan behind me. We were both looking ahead in our own spheres. What a time it was, it was, a time of innocence…

All of Bombay’s maidans are a stage. Where every cricketer has a role to play. And his seems to be the blockbuster. Ever since he unveiled Act One early last year, audiences have been waiting, a little too eagerly at times, to watch the next scene. Sachin Tendulkar is only, so far, acting in a high-school production. Yet critics have gone to town. And rave reviews have not stopped coming in.

I guess it can only happen in Bombay. That a schoolboy cricketer sometimes becomes the talk of the town. Why, at the end of every day’s play in the final of Bombay’s Harris Shield (for Under 17s) everybody wanted to know how many he had made. For he does bat three days sometimes! And for all the publicity he has received, Sachin Tendulkar is really still a kid. He only completed 15 on 24 April. And is very shy. Opening out only after you have coaxed him for some time. As his coach Mr Achrekar says, “Aata thoda bolaila laglai” [He’s started talking a bit now]. And it’s then that you realise that his voice has not yet cracked.

His record is awesome. He has scored far more runs than all of us scored looking dreamily out of the window in a boring Social Studies class when we were his age.

By now everyone had begun to sit up and take notice. The beginning of the 1987-88 season saw Sachin at the Ranji nets. Once again the top players were away playing Tests and perhaps the Bombay selectors felt it wouldn’t be a bad idea to give Sachin first-hand experience of a higher category of cricket. He was named in the 14 for the first couple of games, and manager Sandeep Patil kept sending him out whenever possible – for a glass of water or a change of gloves. All along Sachin probably knew that he was still at best a curiosity, and that while Bombay was giving him every blooding opportunity, he had to prove himself on the maidans.

And that is exactly what he did. Season 1987-88 was a purple patch that never ended. Playing in the Vijay Merchant tournament he scored 130 and 107 and then at the Inter-Zonal stage he made 117 against the champions, East Zone. Then in the Vijay Hazare tournament (for Under-17s) he scored 175 for West Zone against champions East Zone.

Then came the avalanche. A 178* in the Giles Shield and a sequence in the Harris Shield of 21*, 125, 207*, 329* and 346*! A small matter of 1028 runs in five innings! And in the course of that innings of 329* he set the much talked-about record of 664 for the third wicket with Vinod Kambli, who, it is not always realised, scored 348*. Perhaps the most fascinating of them all was the innings of 346*. Coming immediately, as it did, in the shadow of the world record, a lot of people were curious to see him bat. Sachin ended the first day on 122, batted through the second to finish with 286, and when the innings closed around lunch on the third day, he was 346*. And then came back to bowl the first ball. In April’s Bombay summer.

But when did this story begin? Like all children, Tendulkar took to playing “galli” cricket. His brother Ajit was a good player and persuaded Mr Achrekar, probably Bombay’s most famous coach, to look at him. Achrekar recalls, “When he first came to my net four-five years ago, he looked just like any other boy and I didn’t take him seriously. Then one day I saw him bat in an adjacent net. He was trying to hit every ball but I noted that he was middling all of them. Some time later he got a fifty and a friend of mine, who was umpiring that game, came and told me that this boy would play for India. I laughed at him and said that there were so many boys like him in my net. But he insisted. ‘Mark my words, he will play for India.’ My friend is dead now but I’m waiting to see if his prophecy comes true.’

Tendulkar is taking first steps towards getting there. He discovered that his house, being in Bandra, would not allow him to be at Shivaji Park whenever he wanted. He now spends most of his time at his uncle’s house, just off this nursery of Bombay cricket. When he is not actually playing, that is.

Quite often, he is playing all day; important because it has helped him build the stamina to play long innings. “I don’t get tired,” he says, referring to them. “If you practise every day, you get used to it.”

And what about that world-record innings? “I could bat very freely then because my partner Vinod Kambli was batting so well that I knew that even if I failed, he would get enough runs for the side.”

Isn’t there a lot of pressure on him now? Everyone assumes he will get a big score? “Only in the beginning. Till I get set. Once I get set, I don’t think of anything.”

Wasn’t he thrilled at being invited to the Ranji nets? “Definitely. After playing there I got a lot of confidence.”

Everything in Tendulkar’s life has so far revolved around cricket. Including his choice of school. A few years back he shifted to Shardashram Vidyamandir, only so that he could come under the eye of Achrekar. “It helped me tremendously because ‘sir’s’ guidance is so good,” he says.

Strangely his parents were never very keen about cricket. His brother Ajit says, “They were not very interested in the game, though they gave him all the encouragement. You see, in our colony all parents were training their children to be engineers and doctors. And they would say, “Gallit khelun cricketer hoto kai?” [You don’t become a cricketer by playing in the alleys]. I am so happy he is doing well because now people think he is doing something.”

The question that arises then, given all the publicity is: Just how good is Sachin Tendulkar?

“For his age, unbelievable,” says Sharad Kotnis, Bombay’s veteran cricket watcher. “He is definitely comparable to Ashok Mankad, who had a similar run many years ago. But remember Ashok had cricket running in his family and his father often came to see him play. I think Tendulkar’s strongest point is that he is willing to work very hard.”

Luckily for Sachin, there is a calming influence over him, just so he doesn’t get carried away by this acclaim. His coach Achrekar knows exactly what he is talking about. “He is not perfect yet. Far from it. In fact, I would say he is not even halfway there. He still has a lot of faults, particularly while driving through the on, which is an indicator of a class batsman. He still has a long way to go, but what I like about him is his ability to work hard. I don’t think we should get carried away by his scores. After all, one has to take into account the nature of the wicket and the quality of the bowlers. By his standards the quality of the bowling he faced was not good enough.

“His real test will come this year when he plays in the ‘A’ Division of the Kanga League. [Sachin will play for the Cricket Club of India, which for him has waived the stipulation that children under 18 are not allowed inside the Club House!] He should get 70s and 80s there and not just 20s and 30s; particularly towards the end of the season, when the wickets get better.”

Achrekar, in fact, is quite upset about the publicity Sachin is getting. “People don’t realise that he is just 15. They keep calling him for some felicitation or the other. The other day he was asked to inaugurate a children’s library. This is ridiculous. These things are bound to go to his head. He will start thinking he has achieved everything. I hope all this stops so he can concentrate and work hard.”

Clearly the curtain call is still a long way off for Sachin Tendulkar. He has a lot of things going for him. Most importantly he is in Bombay, where the sheer atmosphere can propel him ahead. In how many cities would a 15-year-old be presented a Gunn and Moore by the Indian captain? And in which other city would the world’s highest run-getter write to a 15-year-old asking him not to get disheartened at not getting the Best Junior Cricketer award?

Sunil Gavaskar wrote to Tendulkar to tell him that several years earlier another youngster too had not got the award and that he didn’t do too badly in Test cricket. For him the letter from his hero is a prized possession. Another great moment was a meeting with him where “… he told me that I should forget the past every time I go to bat. I should always remember that I have to score runs each time.”

He is in the right company. And the right environment. The next few years will show whether he has it in him the mental toughness to overcome the over-exposure. If it does not go to his head, surely there is a great future beckoning. This is really just the beginning and I will be watching this little star with avid interest for the next three years.

If he is still charting blockbusters, I’d love to do another review then.

Harsha Bhogle is a commentator, television presenter and writer. This article was first published in Sportsworld magazine in 1988 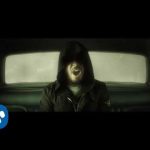