Using hidden cameras and never-before-seen footage, EARTHLINGS chronicles the day-to-day practices of the largest industries in the world, all of which rely entirely on animals for profit.

Powerful, informative, controversial and thought-provoking, EARTHLINGS is by far the most comprehensive documentary ever produced on the correlation between nature, animals and human economic interests. 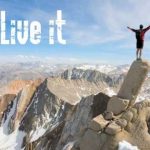