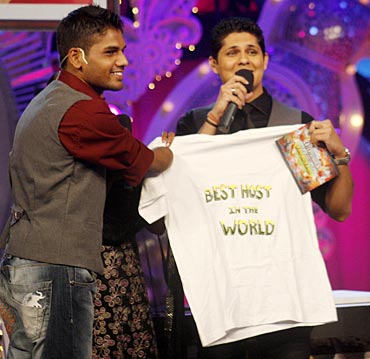 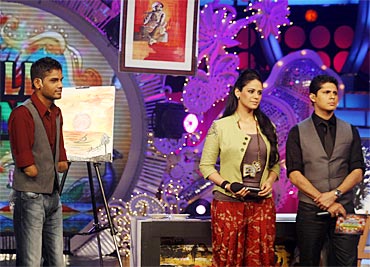 Dhaval impressed everyone on the show by creating a painting in one minute flat. Not just this, he also sketched a portrait of judge Anu Mallik and gifted it to him!

The gritty youngster talks about the remarkable turning point in his life.

How did you lose your hands?

The incident happened in 2003, when I was in the ninth standard. I got a shock from a high-tension electric cable while flying a kite from the terrace. I don’t remember exactly how it happened; I think I was flying the kite very close to the cable.
I fell from the terrace and I heard later that a doctor who was passing by helped me. I lost consciousness, and when I woke up I was on hospital wrapped in bandages.

My hands were completely burnt, with no sensation, and to avoid further complications the doctors decided to amputate my hands. After a month I realised that both my hands were gone. I spent three months in hospital.

How did you cope with such a situation?

In the beginning I felt a little strange without both my hands. I was brave so I learnt to accept it, and my family supported me throughout. I took it as a challenge to do something to show that the handicap had only made me stronger. So I decided to start drawing and sketching.

While still recovering in hospital I would tell my mom to stick a pencil or pen inside my bandage and I would try to draw to kill the boredom. I never had any kind of interest in painting or sketching before the accident. Initially it was difficult but slowly my grip improved.

When did you realise that you can draw well?

After I got discharged and went home, I started practising religiously for maximum number of hours with paper and pencil. In about six to eight months, I was perfect in painting, sketching and writing.

Did you continue your studies after the accident?

Yes, but my school principal didn’t allow me to continue in the same school. So I had to change my school. The new school principal understood my problem, and without asking too many questions he gave me admission. I am not a bright student but I have practised to write quickly. I usually finish the exam before the given time (smiles).

Do you think you would have become something else had you not lost your hands?

The accident has been the turning point in my life. I was an average student so if the accident had not happened, I probably wouldn’t have even completed my education. My family has always been very encouraging and supportive. I have done an animation/web designing course. In these last eight years I have never ever felt that I have any shortcoming.

How comfortable are you working on the computer?

I don’t use any special kind of keyboard for the PC or laptop. I can probably type faster than most of you without even looking at the key board (grins).

And what about your personal work?

I can do all my work except for tying the knot in my tie and tucking in my shirt.

Who has been your inspiration?

Mahatma Gandhi. He freed our country without using any kind of weapon or violence. I also want to be calm and composed like the Indian cricket captain M S Dhoni. No matter what, just take life as it comes – that is my motto in life.

Yes, I am a very huge fan of cricket. I used to play cricket before the accident.

Have you participated in any shows before this?

I have participated in school competitions and a few local shows but nothing major. The first big thing is to come on Entertainment Ke Liye Kuch Bhi Karega.

What are your other interests?

I like to watch Hindi films. Salman Khan is my favourite actor. I got to know from someone that he is coming on this show to shoot the first episode, so I was hoping to meet him. But they had already shot the episode before I came to Mumbai. I go to the gym and work out every day to have a body like his.

So what are your future plans?

I want to become an artist and inspire people. Given a chance, I would like to a hold an exhibition in Mumbai and then abroad. My main aim is to go international and make my country proud. But to achieve this I have to really work hard. I also need money to buy painting material. 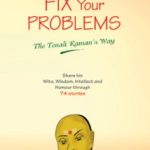