Meet Geet – an engineer with a doctorate in law who used to work in the US and quit her well-paying job to work with for the welfare of children living in slums in India. She is a dancer and an aspiring actress – and she is in a wheelchair.

But she chose not to. Just three month after the accident, Geet was back in school and was participating in every school event including sports.

“I can’t – it is the beginning of every regret. It is the end of all hope. It is the universal excuse to not even try,” says Geet who did not let her disability hold her back. In a world where people look at her like she is the one who needs help, she has dedicated her life to helping others.

Here she talks about her inspiring journey, and shares the stories of eight other people who refused to say I can’t in the face of challenges, proving that there is no excuse if you really want to do something.

The Don’t Give Up World  team is proud of Geet ’s courage and perseverance despite all odds because of which he has been able to turn around the attitudes of people towards him. It was only because of her sheer determination that today his colleagues praise his talents and working capacity to the hilt! 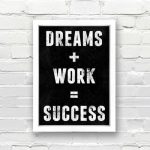