Born on the 24th of January 1954; Anil Agarwal – the self-made billionaire, with a personal net worth of $2 Billion is the proud Founder and Chairman of Vedanta Resources.

Very few are aware that he, in actuality controls Vedanta indirectly through Volcan Investments, which is a holding company and has a 61.7% stake in the business.

From a trader to an entrepreneur, from riding a scooter in the late 1970s to flying across continents in his lavish private jet, and from copper to steel, aluminium, iron ore, zinc and power generation, Anil has come across a long way.

The story of his success is one-of-its-kinds and is as interesting as any Bollywood movie may look. He is one of the very few living men, who have literally started from scrap and reached to his stature, all by himself.

What has got him through this journey is some of the lessons which he had learnt at an early age completely believe, like:

Personally, this vegan man leads a very simple yet classy life with his wife Kiran and two children Agnivesh & Priya in their mansion in London. He loves to play badminton in his free time.

How did Anil begin his journey?

Anil was born and raised in Patna, where he completed his schooling at Miller High School. Unlike many, only studied till the age of 15, after which he quit and joined his father’s business of making aluminium conductors in 1972.

This stint of his continued that for the next four rough years and after which just like many small-town aspirants, Anil too left for the land of dreams – Mumbai at the age of 19, in search of career opportunities.

While searching for a place to stay, Anil came across the Oberoi Hotel in south Mumbai. The royal outlook of the Hotel impressed him so much that he decided to stay there for at least a day, if not more, but because he was uneducated and couldn’t utter a word in English, he was a lil scared to check in. And so, he got hold of somebody who helped him check-in the hotel.

Now once he checked in, the entrepreneur inside him clicked a brilliant idea that! He realised that this place was perfect and had the potential to be a great address for his business. Therefore, at Rs 200/day, he began staying there and went on to continue that for more than three months. Although, of course he did make sure that his laundry and food were managed from outside, to curb his expenses to the minimum.

After a lot of research, he decided to start his very own business in Mumbai, and having said that; he formed Vedanta Resources!

Now initially, Vedanta only held one profile of collecting scrap from cable companies from other states and selling to those in Mumbai. Along with that; Anil also acquired a highly potential “Shamsher Sterling Corporation” which manufactured enamelled copper, among other products, with a loan of Rs. 50,000 from Syndicate Bank.

For the next 10 years, all he did was build a solid foundation for these two businesses! Now while doing that he realized that the profitability of these products of this business as a whole was highly volatile, and was completely dependent on the fluctuation of the prices of his raw materials: copper and aluminium. Hence, to counter that; very smartly he decided to control his input costs by manufacturing the metals instead of buying them.

Additionally & Subsequently; Sterlite Industries also became the first company in the country to set up a copper smelter and refinery in the private sector and also controlled the largest capacity cast copper rod plants, in just a matter of few years.

Now as much as shrewd of a businessman that he was; Anil at the same time also believed in helping the masses at large, with everything that he had. And to do so; inspired by philanthropists like Andrew Carnegie, David Rockefeller and Bill Gates, in the year 1992 Anil created the “Vedanta Foundation” – a wing which would specifically carry out their philanthropic programs and activities.

Clearly, his business was growing rapidly, so in an attempt to strengthen his business furthermore, Anil specially made a plant to manufacture aluminium sheets and foils and along with that he also established another plant under Sterlite Communications to produce optical fibre in Aurangabad in 1993.

In the coming few years; Anil not only grew as a business tycoon by manifolds but also assisted some of the most crucial tasks of the Indian government operations like that of privatising the mining assets. Thus strengthening his political lobby enormously!

And from here onwards began an aggressive expansion of the company!!!

Anil went into a widespread expansion spree and made quite a few notable acquisitions and at the same time also took some drastic steps, some of them included: –

In the same year itself, also came a turning point which changed Anil’s whole life!

Now, those were the times which were really bad and frustrating for small, medium, large or any and every kind of businesses. It was the licence raj regime! And the constraints of raising capital in India were one of the biggest pain causing issues amongst the many that every business faced.

Hence, highly frustrated with situation of the business environment in the country, Anil moved to London, a place where the world’s largest mining and metals companies were headquartered. And with that; he knowingly or unknowingly changed the face of his company, at large.

Now if you thought, this was huge news, then you are highly mistaken because, soon after that, Anil gave everyone the shock of their lives when he got Vedanta Group successfully listed on the London Stock Exchange (LSE) and raised $876 million through an Initial Public Offering. 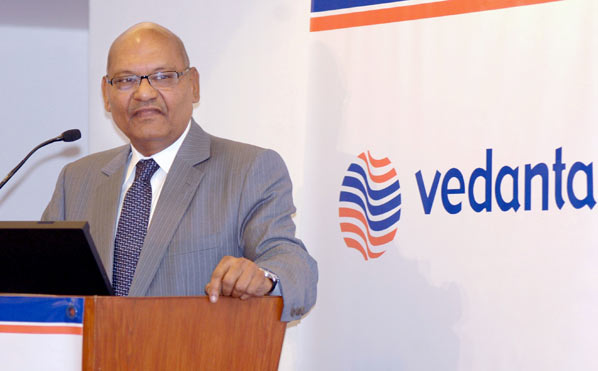 As much as rewarding this success was, Anil made sure not to let it get into his head. In fact, he capitalized on the situation and began strengthening his base globally as well.

Since then onwards; Vedanta Resources with their main products being copper, zinc, aluminium, lead, iron ore and petroleum have gone on to expand and diversify its portfolio globally and have also expanded their operations to countries like India, Sri Lanka, Zambia, Namibia, South Africa, Liberia, Ireland and Australia.

Anil with his very intelligent & strategic decisions and highly efficient leadership skills has successfully managed to uplift his company from revenue of $1 billion to unbelievable revenue of $13 billion, within a period of a decade and at the same time has also grown his employee strength to more than 32,000 people as well.

Received the ‘Business Leader Award” by The Economic Times (2012)

Received the “Entrepreneur of the Year” award by Ernst &Young (2008)

I am Mechanical engineer by qualification ,Sales specialist by profession , Adventurous and innovative by passion !
@deepakm206
Previous (Video/Read) From Attempting Suicide to Aspiring to Be a Film Star, Susan Story Is Inspiring
Next Meet Prince Who Is Helping Mumbai Street Kids Enrol In Schools

The inspirational story of Irrfan Khan

Yashasvi Jaiswal: From Sleeping in a Tent to Making India Under-19

As a young boy, Yashasvi Jaiswal was living with the groundsmen in the Muslim United …