Wilma Rudolph was born into a poor home in Tennessee prematurely weighing 4.5Ibs on the 23 June 1940 – she should have died, but she didn’t. At age four, she had double pneumonia with scarlet fever, a deadly combination which left her paralyzed with polio. She had to wear a brace and the doctor said she would never put her foot on the earth.

But her mother encouraged her; she told Wilma that with God-given ability, persistence and faith she could do anything she wanted. Wilma said, “I want to be the fastest woman on the track on this earth.” At the age of nine, against the advice of the doctors, she removed the brace and took the first step the doctors had said she never would.

At the age of 13, she entered her first race and came way, way last. And then she entered her second, and third and fourth and came way, way last until a day came when she came in first. At the age of 15 she went to Tennessee State University where she met a coach by the name of Ed Temple. She told him, “I want to be the fastest woman on the track on this earth.” Temple said, “With your spirit nobody can stop you and besides, I will help you.”

The day came when she was at the Olympics and at the Olympics you are matched with the best of the best. Wilma was matched against a woman named Jutta Heine who had never been beaten. The first event was the 100-meter race. Wilma beat Jutta Heine and won her first gold medal. The second event was the 200-meter race and Wilma beat Jutta a second time and won her second gold medal.

The third event was the 400-meter relay and she was racing against Jutta one more time. In the relay, the fastest person always runs the last lap and they both anchored their teams. The first three people ran and changed the baton easily. When it came to Wilma’s turn, she dropped the baton. But Wilma saw Jutta shoot up at the other end; she picked the baton, ran like a machine, beat Jutta a third time and won her third gold medal. It became history: That a paralytic woman became the fastest woman on this earth at the 1960 Olympics.

What a lesson to be learnt from Wilma. It teaches us that successful people do it in spite of, not in absence of, problems. When we hear or read stories of people who have turned adversity into opportunity, doesn’t it motivate us? If we regularly read biographies and autobiographies of such people, won’t we stay motivated? 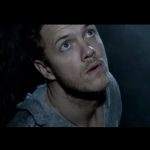 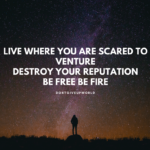