Prafulla Samantara, 67, fought to protect a community and its forest land from being consumed by mining activities. He affirmed the indigenous population of Dongria Kondh of their rights by protecting them against the massive bauxite mining by Vedanta Resources. He has lived among the tribals of the Niyamgiri hills, battling with them at every step and risking his life.

Samantara’s legal battle is one of the most historic stories of activism in our country.

Protectors of the sacred Niyamgiri Hills

The Niyamgiri Hills, in India’s eastern Odisha state, is an area of incredible biodiversity. The thick forestlands are home to the endangered Bengal tiger and serve as an important migration corridor for elephants. More than 100 streams flow down from the peaks, providing a critical water source for millions of people before emptying out into the Bay of Bengal.

The hills are also of vital importance to the Dongria Kondh, an 8,000-member indigenous tribe with deep ties to the surrounding environment. The Dongria are renowned fruit farmers with an encyclopedic knowledge of the forest’s medicinal plants. The tribe’s relationship with the land goes beyond survival; the Niyamgiri Hills are sacred, and as such, the Dongria consider themselves to be its protectors.

In October 2004, the Odisha State Mining Company (OMC) signed an agreement with UK-based Vedanta Resources to mine bauxite, an aluminum ore, in the Niyamgiri Hills. The massive, open-pit mine would destroy 1,660 acres of untouched forestland in order to extract more than 70 million tons of bauxite, polluting critical water sources in the process. The mine would also require roads to transport the bauxite, which would leave the forest vulnerable to loggers and poachers.

Standing their ground, in court and in the hills

Samantara alerted the Dongria Kondh that their land had been given away. He went from village to village to meet with local communities, sometimes walking or biking through remote routes to avoid mining supporters. Through peaceful rallies and marches, he organized the Dongria Kondh to maintain a strong presence in the hills to keep the mine from moving forward. Meanwhile, Samantara filed a petition with the Supreme Court’s panel governing mining activities, becoming the first citizen to use the legal system in an attempt to halt the Vedanta mine.

Almost a decade after Samantara’s initial filing, the Supreme Court issued a historic decision on April 18, 2013. The court’s ruling empowered local communities to have the final say in mining projects on their land, and gave village councils from the Niyamgiri Hills the right to vote on the Vedanta mine. By August 2013, all 12 tribal village councils had unanimously voted against the mine. In August 2015, after years of partial operation and stoppages, Vedanta announced the closure of an aluminum refinery it had preemptively built in anticipation of the mine’s opening.

However, OMC was relentless. In an effort to revive the project, it sought to overturn the tribal council votes, claiming that some tribal members had died and new ones had come of age. OMC petitioned to mine the bauxite as a sole venture, but following an appeal from Samantara, the Supreme Court denied the petition in May 2016, leaving the Niyamgiri Hills’ future safely in the Dongria Kondh’s hands.

From the beginning there were efforts to prevent his movement from taking shape. “The locals were continuously attacked as the police kept silent, and sometimes, even assisted the corporations,” he said.

Samantara used to travel a distance of 300-400 km to Niyamgiri, but he was disallowed from accessing the main road or the local buses. He recalls being stopped and attacked by company supporters and hired goons of the corporates while taking a different route. In the course of time, when his movement grew stronger, the attacks became more frequent.

He received death threats and was physically assaulted thrice. Even his supporters and other local activists were vulnerable to the growing harassment.

“The state and the corporates branded me and my associates as anti-development,” Samantara said. “But we knew that our fight was for something that was right. We created opinions through social media, leaflets and literature. We were successful in mobilising all-India activists, experts and environmentalists who supported our cause. This helped us a lot to overcome the obstacles; the negativity.” 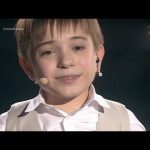 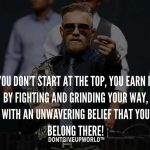