The Padma awards this year are being given to the “unsung heroes” of our country. Apart from famous figures like PV Sindhu, Virat Kohli, P Gopichand and Sakshi Malik, the awardees include many unknown heroes who have quietly been working for the betterment of society and people. One such inspirational man is Karimul Haque.

50-year-old Karimul Haque is the ‘Bike-Ambulance-Dada’ for the people of Dhalabari Village in Jalpaiguri district of West Bengal. The tea estate worker has become a ray of hope to the villagers. He ferries the weak and sick to the hospital on his bike.

Many years ago, Karimul went from door-to-door for help when his mother was in dire need of medical attention. Unable to find an ambulance, and because of not getting timely medical help, his mother passed away. Heartbroken by the incident, Karimul decided that day that he will not let another person die due to lack of ambulance facilities. 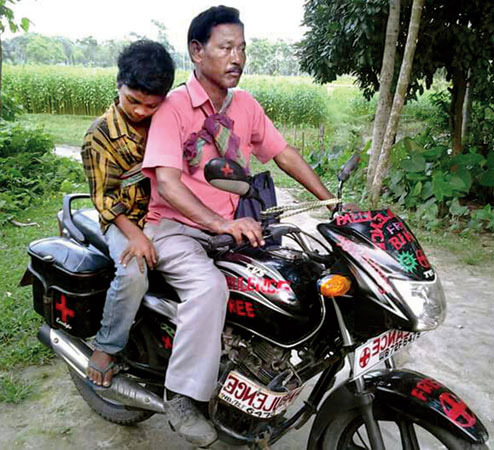 The idea of using his bike as an ambulance came to him 14 years ago, when one of his co-workers collapsed in the field. Since the ambulance could not reach them, Karimul tied the patient to his back, made him ride pillion and took him to Jalpaiguri Sadar Hospital. The co-worker received medical attention and regained his health. After this incident, Karimul’s bike ambulance became a full-fledged idea and service.

Not only his own, but Karimul also has become the saviour of people in 20 villages surrounding Dhalabari in the Dooars belt of Bengal where there are no concrete roads, electricity, mobile towers and other basic amenities. Most of the villagers in this belt are daily wage workers or small-time farmers. Requests for an ambulance are rarely heard in this area and the nearest hospital today is 45 kilometres away.

Not only his bike ambulance service but Karimul also provides basic and first aid treatment to the villagers after learning from the local doctors. He also runs health camps in tribal areas at regular intervals.

Karimul earns a meagre amount of Rs 4,000 a month, but despite all the challenges, he never fails to take a needy patient to the hospital. More than half his salary is spent on fuel for his bike and medicines for the poor.

He dreams to bring an advanced ambulance to his village equipped with all the necessary facilities. 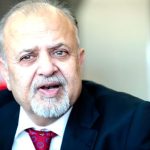 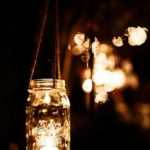