Usain Bolt this name needs no introduction to the persons in the sprinter world. He’s one of the best that the game had. But training in the club where Bolt trains is dream for many sprinters. Here’s one guy from slum of Bada Bagh in Azadpur area of Delhi made that possible with his grit and determination.

Born in a very poor family Nisar Ahmed worked so hard to be at where he is right now. His father, Mohammad Haq, pedals rickshaws and mother, Shafikunisha, washes utensils in people’s houses for a living. Despite struggling to make ends meet, they manage every possible extend to help their son. Nisar, his older sister and parents live in a tiny 10×10 feet room near railway tracks at Azadpur’s Bada Bagh slums in Delhi.

With a combined monthly income of a mere Rs 5000, the family finds it being difficult to put food on the table, let alone provide a diet rich in protein for a budding runner.But the talented teenager is proud enough not to let the poverty show. “Our parents somehow manage to provide us with meals,” he says.

A student of the Government Boys Secondary School, Ashok Vihar, Nisar has big dreams, and his talent is unmistakable. At a recent Delhi State Athletics meet, he surpassed two national under-16 records, running 100 metres in 11 seconds, and clocking 22.08 seconds in the 200-metre event.

In the first partnership of this nature, athletes in the 15-18 years age group from Kerala, Tamil Nadu, Uttarakhand, Odisha and Delhi were selected under the initiative undertaken by the Gas Authority of India Limited (GAIL) and sports management company, Anglian Medal Hunt. The Kingston club Jamaica assessed the applicants’ capabilities and potential and agreed to a four-week training programme.It is where the most iconic personality in modern-day track and field, Usain Bolt, trained.

“Drinage and gutter passing through my house and I cant invite any of my friend’s to my house, sometimes i even also cry because God has given me a very tough life,” Says Nisar. “But it is my poverty that has inspired me to work hard in the face of such challenges.”

With nothing to lose and everything to glorify nisar’s story is an example of pure hard work and determination for those who are struggling with poverty.

Nisar, the fastest runner in the national capital, with his very dedication and hardwork will surely become the best athlete to represent the country in International events. To donate and hep him click on HERE. 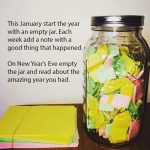 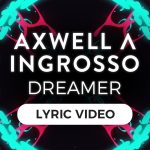