Menu
Follow us
Search
Nav with Arjun, a 4-year-old he met in Goa, India, whose parents run a small soft drink store at an interchange on the highway. They don’t have enough money to send Arjun to school and he is unable to speak.

An internationally renowned Sikh blogger from Malmesbury is giving up his job to save lives in India.Navjot Sawhney has been inspiring thousands across the globe with his blog Nav’s Project 365, and now he is turning his hand to humanitarian work.

The 25-year-old engineer who once was called a “terrorist” and punched by a nightclub bouncer in Poland for wearing a turban is travelling to India in September to help develop cleaner stove cookers for families dying of smoke inhalation.

You may not be aware of the fact that millions of families across India face the challenge of smoke pollution in their home due to the stove cooker they use to cook their daily meals. In reality, one person dies in every eight second in our country because of illnesses associated with smoke pollution from open flame cooking. You may be shocked to know that annually 4.3 million people die in India, while inhaling smoke emitted from open flame cooker. This is equivalent to the loss of the whole population of New Zealand in one year. This number is more than the combined death toll of HIV and malaria.

“In September, I’ll be moving to India to help design cook stoves that are 80 per cent more fuel-efficient and produce 80 per cent less smoke. These stoves will save lives.

Nav will be leaving his well-paid job engineering in Malmesbury to travel to India, but feels it’s all part of giving back to society.

“I know I’m lucky: I’ve got a good education, a job and a stable income,” says Navjot.

“I want to use my good fortune to support others, who don’t have the same luxuries, but I want to do this in a sustainable way that will make a lasting change to as many people as possible.”

Working with the charity Engineering Without Borders UK, Nav will be working as a research and development manager for social enterprise Prakti.

As a devote Of Sikh, Nav has had a sense of helping others ingrained in him from his youth, values he will be taking to India.

He said: “My faith has taught me the values I uphold: seva (selfless service), compassion, helping those in need. Humanitarian work and helping others have always been at the forefront of mind.”

His blog Nav’s Project 365 has over 11,000 followers from 50 countries. He will continue to update his blog to make his followers know his challenges in India and also to promote awareness of social issues. Through his blog he wants the Western World to know the hardships and lives of developing nations.

Navjot is trying to crowdfund his trip online and has already raised 95% for it. His target though is to raise £5,000 to cover his living in India, insurance and return flight. 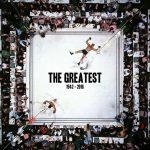 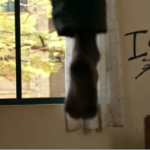