Zainul Hamdulay isn’t your usual superhero, he doesn’t wear a cape or his underwear on top of his pants or have x-ray vision, but in the last decade he’s saved and changed the lives of close to 150 people, and they’re all people who might not have otherwise been able to afford the treatment.He’s fresh off a fund-raising campaign which saw him raise Rs 3.5 crores to finance heart surgeries for the city’s underprivileged.

His patients come from cities as far off as Lucknow, Chennai and even from some underdeveloped countries like Tanzania and Yemen. He is in a lot of senses their last hope.

Dr Hamdulay, now the director of cardiothoracic and vascular surgery at Global Hospitals in Parel moved to India in 2004 from the UK after losing his mother to cancer.His foundation was created from the promise he made to his mother – to always serve other people. Shortly after the Hamdulay Heart Foundation was born, word spread that there was a doctor who saved lives, but at rates as nominal as Rs. 85,000 for a single bypass. A normal bypass surgery takes more than Rs. 2 Lakhs, which the economically challenged cannot afford.

Along with an NGO called Milaap, the Humdulay Heart Foundation works constantly towards giving the underprivileged a better life. There have been many surgeries where the entire cost was borne by his foundation.

He is now planning to make a rural cardiac van that reaches the remotest villages around Mumbai. He tells us that this would be like an awareness campaign for the villagers who have next to no knowledge about how to maintain a healthy heart.This cardiac van will be designed to test the villagers of any heart ailments, and also have a surgery inside it if there is a case that requires immediate attention.

“There is a severe dearth of good hospitals in the rural areas. And the van will be a step to change that. Like a mobile hospital, it will change lives of those who do not have monetary and geographical access to good hospitals,” he told us before heading back to his busy day of attending patients. 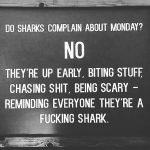 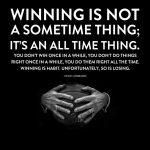