We often come across those stories which makes us inspiring and makes us to take a leap forward in life.Here is one such story of a labourer son Barnana Yadagiri who kept service to the country ahead of everything.

Barnana Gunnaya His father used to work as a daily wager earning Rs 100 per day in a cement factory in Hyderabad.He sometimes makes even less than Rs. 100/- ,his first thought is, his son was making a wrong decision by joining as a soldier in the army.His mother is a house wife with no education.

Yadagiri studied so hard to achieve the position he is in now.He faced extreme financial difficulties to become a software engineer from the International Institute of Information Technology in Hyderabad. After refusing a job offer from Union Pacific Rail Road, a US-based company, and saying no to a call from IIM Indore — where he had secured admission after scoring 93.4 percent in the CAT exam — Yadagiri decided to “follow my heart and serve the country by joining the army”.

Yadagiri on Saturday received the Indian Military Academy’s (IMA’s) prestigious silver medal for standing first in the order of merit in the Technical Graduate Course.I had the option of sticking to the corporate world and making a lot of money but that was not where my heart lay. The kind of mental satisfaction one gets by working for the motherland cannot be replaced by any amount of money says Yadagiri. Yadagiri story makes everyone to believe in their dream and keep working hard towards their goals irrespective of any hardships in their life. 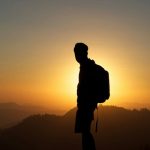 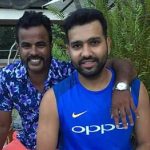