Image what you have done when your mom or dad gifts you a computer or gaming console at age of 13, mostly many of us could be playing or breaking those gifts at that time. But instead of playing or breaking Ayaan started to know about how to edit and control the software and device. Here is his inspiring imaginative journey to become the youngest entrepreneur of the year.

Ayaan Chawla was born in India on 30th April 1997 to Ms. Kunjam Chawla (Mother), Former Chairman of Asian Fox Developments, basically a Fashion Designer. He has an elder sister Ms. Jyolsha Chawla. Ayaan received his first computer, a PC, at the age of 8 in 2005 and after some years of exploring he used that PC to create movies with video editing tools and one fine day he thought about the software & applications he was using for creating those videos. Ayaan began studying about applications / computer programming languages through himself with the help of dozen books & internet with that he began coding websites, softwares & apps.

Initially clients used to ignore Ayaan due to his young age and later they got belief in his capabilities.By the time he turned 18, he had reached out to over one lakh customers from across the world. He has branches in the US, the UK, Hong Kong, and Turkey. Ayaan has been awarded with the ‘Young Entrepreneur of the Year‘ award twice already, and he received letters of appreciation from the Prime Minister’s Office and many more under his accolade.

He often visit government schools to teach there and love to share his knowledge on IT and encourage children. Ayaan story is a truly inspiring story to young entrepreneurs and gives you the motivation of success doesn’t require age it only requires hard work and efforts. 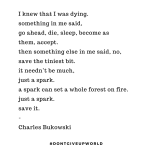 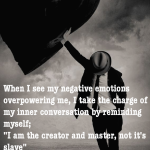