Sometimes in life very bad things can happen but how you deal with them will make who you are. In 2002 on a summer evening  Malvika mistook grenade to a cleaning object and lost her both arms and legs. That’s when her life turned upside down.

After being admitted in the hospital with 80% blood loss, she’s in a position to die,but luckily she survived. By the time she got discharged from hospital it’s just 3 months to her board exams.

Every school rejected her admission but she didn’t lose her faith. She went to the private tuitions and made it to the exams with the help of crutches and a writer. All her efforts paid off as a state ranker. She got featured as a successful person through various news media. Upon reading her story Late President Of India APJ Abdul Kalam invited her to a meeting and that’s the most inspiring moment for Malvika.

Malvika pursued her masters in Economics and done her PhD. She started working for differently abled persons and has been recognised for her work. She is the first woman to receive the World Emerging Leaders award in New York. She was also invited to speak at the UN Headquarters. Now she’s a motivational speaker and an activist. 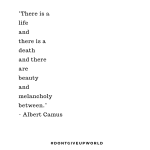 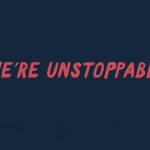