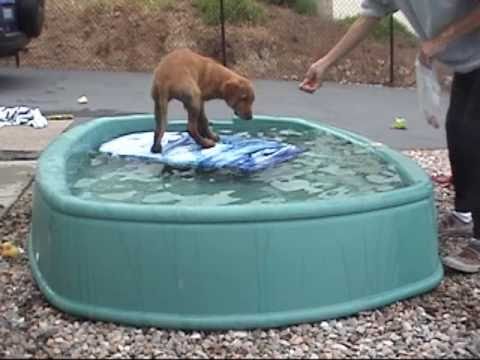 Join Ricochet on Facebook! http://www.facebook.com/SurfDogRicochet – Kleenex alert! Each person who watches this inspirational video finds an individual message that touches them on many levels, & brings them to tears. It’s about acceptance, adjusting expectations, & focusing on the “can do’s” in life which allows for a celebration of amazing outcomes.

Ricochet is an internationally renowned champion surf dog at the center of media attention, who has become an inspirational phenomenon, motivational role model, internet sensation, fundraising marvel, goodwill ambassador, and muse to millions!

This video depicts her journey from birth to 15 months of age, as she goes through her service dog training, which is cut short due to her propensity to chase birds. Her role changed to SURFice dog & she started to fundraise for quadriplegic surfer, Patrick Ivison, who she met the night before this video was filmed.

The intention was for the two of them to surf a wave together on their own surfboards. At one point, when they surfed into shore, Ricochet jumped off her board, and onto Patrick’s. It was her decision to surf tandem with him!

Once the video went viral, she turned it into a platform to help more people/animals & she’s raised over $53,000 in the last year. She promotes kindness, charity, philanthropy, and social responsibility,such as her video about anti-bullying “You’re amazing just the way you are!”

For more info on Ricochet, her surfing, her charitable causes, or to make a donation, go to http://www.SurfDogRicochet.com. 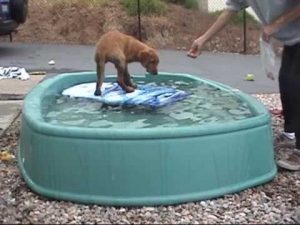