Returned To A Shocker
Chennai resident Marc Knight was visiting Rajiv Gandhi Government Hospital in Chennai. He parked his bike inside the parking lot and went inside the hospital. But while coming back to take out his bike, he was shocked to see that its tail lamp was broken. He realised that somebody  had broke his bike’s tail lamp while parking their own vehicle.

Surprised By The Gesture
Marc was very disappointed and with a heavy heart he was planning to leave. But to his utter surprise, he found a paper rolled inside his helmet, which was on the bike. As he opened the paper, he found an apology note written on it. Along with the paper there was also a couple of hundred rupee note. The person who had broken the tail lamp had left it for repairing.

Marc was completely taken aback with such a wonderful gesture.

Making Amends
Stories like these, gives hope, proves people are willing to make amends for their mistakes. Which is all what everyone wants. Too often a slug follows a mistake or a misap. Like this incident, we should amicably solve small mistakes and earn the love and trust of fellow citizens for all of us to live peacefully. The incident also proves that the pleasant side of humanity still exists in this world amidst all the chaos. ese small gestures of showing that you care matter a lot.

Today I had parked my bike at the Rajiv Gandhi Government hospital, Chennai. When I returned I found my tail lamp smashed…for a moment I was really upset, but I found a small bit of paper rolled into my helmet which was on the bike. It was a sorry note and a couple of hundred rupees rolled up with it. I was indeed taken aback….in a world of road rage and recklessness. ..this was a pleasant reminder that humanity still existed. So guys just share this and if it reaches the guy who did this. ..I want to say “thank you….you are a good person!”

The Don’t Give Up World Team  appreciates this gesture by the person We hope this story is remembered by others and find their own peaceful ways to make amends for their mistake. 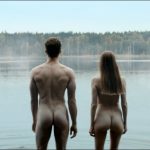 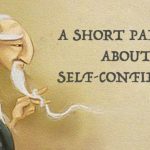