Biodiversity ecologist Uma Ramakrishnan, a scientist at the National Centre for Biological Sciences (NCBS) who is working to save the country’s tigers, has become the first Indian to win the Parker/Gentry Award presented by the Field Museum. Every year, the Parker/Gentry Award honours an individual, team or organisation for outstanding effort in the field of conservation biology. Uma went on to take up Maths, Physics and Chemistry in her under graduation.

She completed her PhD in Ecology and Evolution (specialised in population genetics and the effects of mating systems on geneticvariation) from the University of California, San Diego. She conducted postdoctoral research at Stanford University on the genetic impacts of climatic change. She stated her position at NCBS in 2005, and has set up a laboratory investigating population genetics and the evolutionary history of mammals. Because of the escalating rates of habitat destruction, she also applies these molecular tools to understand more about endangered species. She also bagged a Fulbright Fellowship at Stanford University. She is a National Board for Wildlife member, Ramanujan fellow and DAE Outstanding Scientist.

The 43-year-old professor turned scientist investigates biodiversity, has a flair for molecular ecology and an eye for tigers. As a molecular ecologist, her work focuses on population genetics and evolutionary history of mammals, including work to save India’s tigers. Once scattered around India, today tigers are threatened with extinction and only 7% of tiger habitat remains. Humans are the primary reason for this, as suggested by Uma. Uma believes that it is our responsibility to work on saving this species. Also, she is of the opinion that conservation and landscape genetic studies will provide important insights in this direction. Uma applies her research to wildlife, using non-invasive DNA sources like tiger faces to investigate tiger population sizes over the last 200 years, connectivity between populations, and how species came to the Indian subcontinent. In order to upgrade her research methods, she’s currently working on a SNP chip — a kind of tiger genomics — which will more effectively reveal where tigers are from, and from which diseases they suffer.

Uma says that though India is getting crowded, biodiversity among tiger populations could be maintained by using genomics and modelling landscapes. Such methods allow scientists to explore the past, investigate the present, and come up with more options in order to save tiger populations and ensure their mobility in the future. As for future projects, Uma plans to investigate biodiversity in the Western Ghats, Himalayas and the Andaman and Nicobar Islands along with her ongoing project for tigers.

The Don’t Give Up World Community   congratulates Uma Ramakrishnan for winning the Parker/Gentry Award and making the country proud. 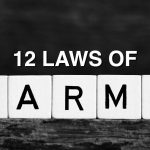 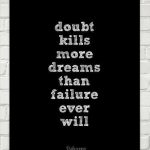