Sushila Chanu, a passionate,independent girl and most importantly, the captain of the Indian Women’s hockey team that went to Rio Olympics is also a train ticket collector in Mumbai Railway. She is sincere at  her job and loves her sport and dons the hat of a train ticket collector when not scoring goals for India. Sushila Chanu born and brought up in Imphal, Manipur in 1992 picked up her first hockey stick at the age of 11 after her Uncle encouraged her to. Her Father is a driver and Mother is a homemaker.

Unlike the untold story of M.S.Dhoni who had to leave his job of a TC to make it big in sports. Sushila got a decent job in the railways after excelling in the sports. The Junior National Women’s team bagged bronze medal under the leadership and guidance of Sushila  at the 2013  Junior Hockey World Cup at Monchengladbach, Germany. She also led the team in Australia for the four-nation tournament.  She also became a fulcrum in the Indian defence after making it to the senior national team. There was a grim interruption in her career after she suffered a knee journey. Though she returned to training within 8 weeks after vigorous exercise and physiotherapy. She captained the team for Olympics at Rio when the team hit Rio’s shore after 36 long years but missed out on a berth in quarters.

Her only source of Income is through TTC profession and also she has to lead hockey team. Her daily allowance gets deducted  as she has a training camp to attend. In an interview with Hindustan Times, she said,” It’s enough for my own expenses as I don’t have to pay rent and when I am the camp, the food is taken care of.”

“Job is a necessity for me and that is something I have to do”, she said. When she is not  representing her skills as a captain, she can be found doing her duty for nation, at Masjid station.

Sushila Chanu’s story is an inspirational one. We hope she achieves her dreams and etch her name in her passionate field. 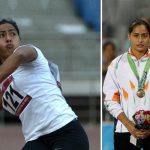 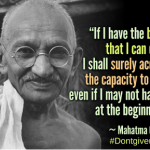