Physical impairment should not be deterrent to someone’s confidence or pride and 24-year-old tribal girl, Sharada Dawar sets a strong example of this statement.

Visually impaired from birth, Sharada on Monday went on to visit the district collector of Alirajpur in Madhya Pradesh to return Rs 10,000 he had given her a few months ago to complete her studies.

Her hard work and determination paid off and she has now been selected as a probationary officer in the Bank of India. Her achievement has brought smile to the faces of her parents who stays in a tribal village in Jobat tehsil, around 170 kilometres from Indore.

Sharada had approached to the collector to help her finish her graduation, the collector had given her a demand draft worth Rs 10,000. Now, as she has got a job, she decided to return the money so that it can be used to help someone needy.

Her story has been doing the rounds of internet for few days now. The villagers in Jobat are also planning to honour Sharada for her achievement.

The Don’t Give Up World Team  congratulates Sharada for her job and applauds her for doing this noble act so that a needy person can be helped. We hope our readers will be inspired by her story. 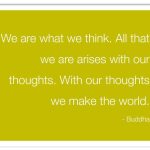 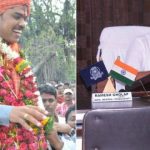