In most of the cases, begging becomes the only choice for the survival for amny poor . People visiting various religious sites like Gurudwara and Mosques offer alms in the form of cash, food, and clothes, and if not then they simply ignore them thinking it is their daily job.

Sharad Patel from Mirzaganj, Uttar Pradesh at the age of 16, noticed the pathetic conditions of beggars near the railway stations, outside hotels and hospitals. He observed that many of them were even drug addicts. This bothered him a lot. So, he came up with a plan of making them self-reliant and helping them to live a dignified life. Yes, you heard it right!

Here’s Is The Journey Of This Man

A farmer’s son from Hardoi district of Uttar Pradesh had a dream of becoming a doctor so that he could help the poor patients. However, due to his family’s poor economic condition, he had to leave his dreams behind. After completing his schooling, he decided to acquire a bachelor’s degree in Science and settle with a decent job to support his family. hence, Sharad moved to Lucknow to study further as there were no options for higher education in Mirzapur.

“In 2003 we shifted to Lucknow for my mother’s treatment of blood cancer, but during the treatment, she passed away. There was a time when blood was to be transfused once into her body in an interval of eight days. However, she could not recover. Durig my high school, I wanted to be a doctor, not to earn money but to treat the unprivileged people who don’t have access to good healthcare, my mother’s death and limited healthcare facilities also pushed me to become a doctor. But somehow I chose to pursue B.Sc. But the inclination to help the needy was always there”, Sharad said.

During his graduation days, he used to board bus from Charbagh bus stop of Lucknow. There was a Hanuman temple on the roadside where he would regularly see beggars sitting on the divider one next to another. For him, it was a completely different sight as compared to his own town where seeing somebody beg was a rare sight.

Soon after graduating, he decided to study in detail about this issue by enrolling himself into a Masters in social work course. His family was shocked hearing about his decision, however, realizing that he was determined to work for the needy, his elder brother  supported him to pursue his passion.

Once in Lucknow, when he was pursuing his post-graduation, a beggar asked him for money. He thought only money is not going to be a real help, so he bought kachoris (snacks) to feed the . This gabeggarve him immense pleasure as he was able to bring a smile to someone’s face.

This incident gave him an idea of feeding the beggars for free, however, he soon realised, this would not really make them independent .  Sharad said “I thought that feeding beggars in a long run isn’t going to be an easy task for an individual. I had to find a permanent solution to solve this crisis. I thought that there is a need to make them skilled which would subsequently help them getting employment.”

Meeting With A Lucknow-based Social Worker

With the help of his elder brother, Sharad got an opportunity to meet Sandeep Pandey who is a Lucknow-based social worker. He worked as a volunteer in Pandey’s NGO for five years. In these years, he learned several ways of how an organisation works to help the society and how one can file applications under the Right to Information (RTI) Act. This experience enabled him to understand the ground realities. Once he visited a beggars’ home constructed by the government, and he found that the rooms were empty and thousands of beggars were instead living on the roadside. When he investigated further, he discovered that these government homes were not utilised for the right purpose and even then caretakers were getting handsome salaries right on time. 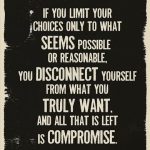 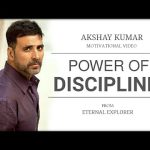