Ramesh Gholap was known as Ramu at his village Mahagaon in Solapur district of Maharashtra. His father who worked in a cycle repair shop could earn enough for his family, but his constant drinking problem put a halt to his business.

It was at this time Ramu’s mother Vimal took the charge and started selling bangles in villages to earn for the family. She was assisted by Ramu whose left leg was affected by polio. Raju completed his primary schooling in Mahagaon, but after that he went to stay in Barshi with his uncle to study further.

His efforts paid off and he was favourite among his teachers, but just before his class 12 model exams, his father passed away. He did not have the money to visit home so his neighbours helped him with the money for him to go and perform his father’s last rites.

After coming back to school he gave his final exams and scored 88.5 per cent. After school he pursued D.Ed (Diploma in Education) as it was the only subject he could afford. In 2009, he started working as a teacher and started supporting his family. They stayed in a small room provided by his aunt, who had got her two-room home through a government scheme called Indira Awas Yojana. However, they themselves couldn’t get  their own house as their BPL (below poverty line) card wasn’t eligible.

Ramu was angry with all this. He saw tehsildar’s to be most influential persons and thus, he also wanted to become a tehsildar himself to solve all their problems. In 2009, he used the loan that his mother had taken from a self-help group in his village and went to Pune to prepare for UPSC exam. He did not initially know what was MPSC or UPSC. It was whose teacher Atul Lande, who guided him for the exams. He gave the UPSC for the first time in 2010, however he did not qualify then.

However, he cleared the State Institute of Administrative Careers (SIAC) exam, that gave him a hostel to stay and a scholarship.  He painted posters to take care of his expenditures.finally he cracked the UPSC examination with flying colours with an all-India rank of 287. In few months his MPSC results were also out and he topped the exam with the highest ever marks of 1,244 out of 1,800. He returned back to his village in 2012, not as Ramu anymore, but as Ramesh Gholap, IAS.

He is now posted in Jharkhand as  Joint Secretary in the Energy Department. Now he gives motivational speeches to UPSC and MPSc aspiring students. He is also helping the poor and distressed to fulfill their dreams.

There are many like Ramesh who have been able to achieve their big dream of becoming IAS officers in spite of facing numerous hurdles and struggles. Jayaganesh was born to a very poor family in Vinavamangalam village in Vellore, Tamil Nadu. For survival he had to do a lot of odd jobs, including the job of a waiter. Jayaganesh attempted the UPSC examinations seven times and finally qualified all the rounds and ranked 156th all over India.

A similar story is of Sandeep Kaur who is retired peon’s daughter. She belonged to a small house in Morinda, a town 35 km away from Chandigarh. She secured 138th rank the fourth time and got selected for Indian Administrative Services after failing the Civil Service Exam for three times. Her selection given Punjab reasons to feel proud by attaining the 138rd rank in the open merit list of the All India Civil Services.

The Don’t Give Up World Team salutes the hard work and determination showed by these people to finally able to get their dream jobs. We hope stories like these will be an inspiration for the youth for their future. 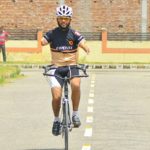