Most Indians consider Dr. Anandi Joshi as the first lady doctor of India. But this laurel actually belongs to the little-known Dr. Rakhmabai who was the first practising lady doctor in the country who served the society to its fullest. She travelled to London to study medicine and became a qualified doctor in 1894.

The Plight of Her Mother
Rakhmabai’s mother had suffered the fate of child marriage. She delivered Rakhmabai when she was just 14 and she lost her husband by the time she reached 17. Seven years later she remarried. This time, her husband was Sakharam Arjun, a famous doctor and professor of Botany at the Grant Medical College in Bombay.

Rakhmabai’s Fate
Rakhmabai also met the same fate as her mother and she was married off at the age of 11 to Dadaji Bhikaji, a poor relative of her step-father. Rakhmabai did not live with her husband but stayed in her parents’ house and studied in school until her husband demanded in 1884 that she come and live with him. But Rakhmabai had refused. She was tried in court and was sentenced to imprisonment for denying her husband conjugal rights. Rakhmabai defended herself by appealing to English law and  Rakhmabai’s stand shook the portals of Queen Victoria, and created a big stir in Hindu ritual rules in India. finally, she was saved when Queen Victoria intervened in the matter and dissolved her marriage. The publicity helped influence the passage of the Age of Consent Act, 1891 which outlawed child marriages across the British Empire.

Qualifying As a Doctor
Dr Edith Pechey-Phipson at the Cama Women’s Hospital, raised a fund to help pay for Rakhmabai’s medical education in London. Rakhmabai qualified from the London School of Medicine for Women in 1894 and returned to India to head a hospital in Pune. Rakhmabai became Chief Medical Officer of Hospitals in Surat and Rajkot, continuing to write against the harmful effects on women of purdah and life in the zenana. She never married again as although her husband had finally accepted financial compensation not to continue with his claims, her legal situation in Hindu law as neither married nor unmarried, was never clear. She died in 1955 aged ninety one.

Her fight for the girl child still continues in modern India. 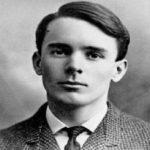 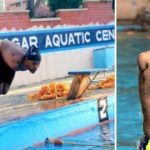