The year was 2000. The stage was set in Sydney for the biggest sporting event on Earth – the Olympic Games.

A 19-year-old American swimmer of African descent was making his Olympics debut. He had already qualified for the finals of 50m and 100m freestyle. However, he finished fifth in the 100m final and missed out on an Olympic medal.

The story in the 50m final, though, was quite different. He tied for the first place with fellow American Gary Hall Jr in one of the closest finishes in Olympic history with a time of 21.98 seconds. He became the youngest ever gold medallist in the 50m freestyle in Olympic Games. A silver medal that he won with the USA men’s 4x100m freestyle team was also added to his kitty.

And then in 2003, at the age of 22, after two years of dominating the 50m freestyle, Anthony Ervin had had enough of swimming. He dropped out of the sport, disappearing completely.

“I had the Olympic dream. Once I achieved that, for me that was it.” 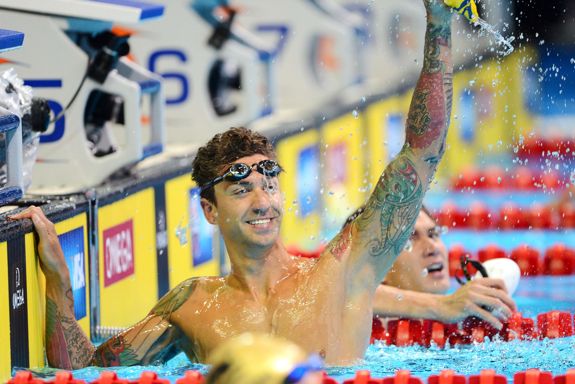 He set out on a lifelong journey in search of something, something he could not find. A reckless lifestyle followed. Ervin got addicted to cigarettes and experimented with all sorts of mind-altering drugs. He even tried his hand at a career as a rock guitarist. Soon, though, he became depressed and harboured suicidal thoughts. During those dark times, the Olympic champion almost gave up on his life.

But it was not the end. He did not give up and began travelling around the world. He divulged in new interests like higher education, meditation, and even tattoos.

In 2005, in the aftermath of the devastating Tsunami, Ervin auctioned off his Olympic gold medal to help the victims in Asia.

It was not until 2010 that he rediscovered his love for swimming when he took on the role of a teacher at the Imagine School of Swimming in New York. Teaching youngsters the nuances of swimming and seeing the joy in the eyes of the little kids reignited his love and passion for the sport.

In 2012, 12 years after his Olympic debut, Ervin qualified for the 50m freestyle USA team for the London Olympics. At the Games, he finished fifth with a time of 21.60 seconds after enduring a poor start. It was only one-hundredth of a second behind Cullen Jones, who won the silver medal. But it was a personal best for Ervin, and it sure seemed that the 31-year-old was back on the track.

The story could have finished here, but Ervin was not done yet. He was back for the Rio Olympics in 2016, aged 35 by then. Florent Manadou of France, who had won the gold at the London Olympics was the favourite to win again, but all eyes were on Ervin.

And Ervin did not disappoint. At 35 years and 78 days, Ervin became the oldest ever Olympic swimmer to win an individual gold medal with the most improbable victory in the history of the sports.

The American swimmer nailed his start and churned the water like a fish for the remainder of the race, edging out Manadou 21.40 to 21.41. It had all come back a full circle, right where it all began.

Once perceived as a rebellious novelty in the swimming world, who had thrown away his talent in pursuit of Dionysian pleasures, Anthony Ervin is now an inspiration for all. 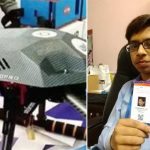 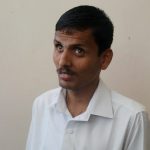