They say if you fail on your first attempt, try again until you succeed. This is what we must learn from IAS officer K Jaiganesh who did not give up until he achieved his dream through his unparalleled determination and perseverance.

Earlier, Jaiganesh (29) worked at Satyam Cinemas issuing tickets for a monthly salary of Rs 3,000. But he soon realised that the 10-8 job was eating up his time so he switched to serving as a waiter at a small eatery next to the theater. The job shift gave me a few more hours to prepare for civil services.

Jaiganesh, who had ranked 156th in the Indian civil service examination, did not let demotivation overpower his zeal to better his life even after six unsuccessful attempts. With every difficulty, he gained experience and took each failure in his life as a stepping stone towards success.

He hails from poverty-stricken family in a remote village of Vinavamangalam, near Ambur in northern Tamil Nadu. He earned his bachelor’s degree in mechanical engineering from government-run Thanthai Periyar Institute of Technology, Vellore. The eldest of four siblings, he shifted to Chennai after graduation in order to pursue his dream of becoming an IAS officer.

But life was not easy for him. He had no financial support from his family and had to take up odd jobs to sustain life in a metro city.

I never looked down at my waiter’s job

because I knew it gave me more time to aim 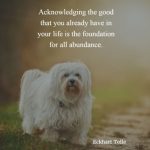 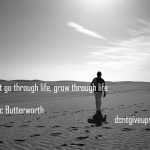