The story is as simple as it is touching. It is about a Syrian refugee in Greece, Ibrahim Al Hussein. Aged 27 now, Ibrahim was forced to flee Syria when he lost part of his right leg to the war. He sought asylum in Greece and has been staying there since.

Who is Ibrahim Al-Hussein?

Al-Hussein grew up in Syria’s Deir Ezzor province on the Iraqi border and was involved in sports since he was a child – swimming, basketball and judo. The 27-year-old dreamed of one day participating in the Olympic Games before the war interrupted his athletic career.

In 2012, he rushed to help a friend who had been seriously injured during a bombing and was hit by a bomb himself. His right leg had to be amputated from the mid-calf down. He fled to Turkey, then Samos, a Greek island, in 2014 to seek asylum.

Ibrahim has been training for swimming in a former Olympic training complex in Athens and is also a member of a wheelchair basketball team. On 26th April, 2016, he will get to carry the Olympic torch through a refugee camp in Athens, in a symbolic representation of solidarity with the refugees.

It is symbolic at a personal level, too – Ibrahim has been dreaming about participating in the Olympics for the past 20 years. Becoming one of the torch-bearers will make his dream come true.

Ibrahim accepts that much of his journey has been tough. However, that does not make him stop! He is an epitome of grit and determination to overcome unfavorable circumstances in order to achieve what one loves.

The Don’t Give Up World Community team lauds Ibrahim for his courage and wishes him all the best in his future endeavors as an athlete and as a person! 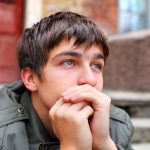 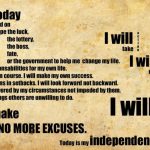