“I am writing this story because I’ve lost my mother to breast cancer and I don’t want anyone else to go through the pain that I had. Breast cancer is curable and avoidable. My mother was diagnosed with breast cancer in the year 2000 and within two months I lost her. It is so ironic that I have a specialization in food technology and I have knowledge of cancer, yet late detection and negligence made me lose my mother; the person I loved the most in this world.

After I lost my mother, I came to know of a shocking fact that 6-8% cases of breast cancer are genetically transferable and that it can pass on even further into your generation. This one piece of information was enough for me to be cautious enough. In the year 2013, I went for a mammography test, I was 40 years old then and had a daughter who was my world. I later consulted an oncologist who recommended me a FNAC(fine needle aspiration cytology) test, the results of which turned my world upside down. The tests confirmed that I had breast cancer.

I was doing well in my career at that point of time, I had a daughter and a loving husband. The thought that a small lump in my breast would someday be so catastrophic to my own self-broke me. The fear of losing my family gave me several sleepless nights, at one point of time I lost hope but this fear of losing my family in a way became my strength too. When I saw my daughter’s face, I remembered the days I spent without my mother. I decided that I will never let my daughter go through the same pain. This fear and pain in a way turned into a driving force for my battle against cancer. I decided that I will not let cancer defeat me, let it deprive my daughter of all the happiness and care that she deserved, that my husband deserved.

People should know that the curing phase is difficult but not impossible, I am thankful that the people around me were supportive and I didn’t have to face the stigma associated with it. I used to work, even during my treatment, I was working as the Head of Trading Law & Technical(Quality) in Trent Hypermarket. I used to go to my office in Vidyavihar, but on the days of chemotherapy and the subsequent days, I would work from home. I didn’t want those people to pity me and give me off just because I had breast cancer.

During the radiation treatment, I used to go to the office in the morning and post lunch, I used to go for the treatment. The team of doctors, from my oncologist to chemotherapy and radiation, they were all very supportive and their smiling faces were more of a treatment as well. The best part was that all these doctors were very upfront to me. They apprised me about the challenges I would face during the treatment, the side effects of chemotherapy and radiation.

With a loving and caring husband beside me and a daughter who would pray that her mother never leaves her and other supportive people, I defeated breast cancer in a span of one year. This journey of being a daughter of a woman who died due to breast cancer to a mother who defeated breast cancer has changed my perception about the disease, about life. India has many impediments in the fight against breast cancer and the biggest one is the stigma associated with breasts and the reluctance people exhibit when the word “breast’ is mentioned. I am now part of Pink Initiative, a Mumbai-based cancer education group run by volunteers. I now speak to patients, ladies and women’s group and spread awareness regarding Breast Cancer. This has now become a mission of my life.

From my journey, I know that we have to change the mindset of people, of women especially. People have mobile phones, they’ll forward jokes on Whatsapp but a Breast Cancer message is either deleted or not forwarded because we the word breast should always be surreptitious. Women are very negligent about themselves, they think the family would be burdened so it’s better to not talk about that lump. Cancer doesn’t understand maths, today the lump is just 2cm, tomorrow it will be large enough to overshadow and overpower your own life.

I remember how my daughter used to say, “You’ll be fine Ma, don’t worry. Just forget everything, concentrate on yourself and we’ll take care of you.” That is what rejuvenated my soul. I think women should start taking their health a bit more seriously. Being a survivor of Breast Cancer, I know that it is not invincible, I know that we can defeat it. We have to notice the changes that occur in our body more than the changes that occur on our face. I know that we women care more about our beauty than our health, but what would we do with beauty, if we don’t have enough seconds to admire it. 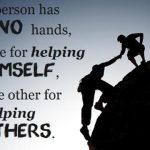 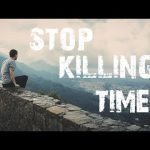