Comeback stories have always been a sentimental favorite. People can relate to those trailing behind. Maybe in a deep corner of their subconscious mind, they find themselves attached in some way. Such moments allow people to feel good for a while before coming back to reality.

From the start, Vinesh Phogat seemed hard-wired for greatness. Right before the Rio Olympics, she was almost looked upon as a kind of superhuman. The 22-year-old has been involved in wrestling longer than I can remember. As she has grown, so has her strength, endurance, and technique.

In the last couple of years, Vinesh has become a force to be reckoned with at competitions. She is one of those wrestlers that the coach and teammates always depend on, in crunch situations.

But this particular story remains to be told. As Vinesh says in this emotional interview, it is indeed a tough pill to swallow. But she is not one to dwell and feel sorry for herself. She wants to come to terms with her latest injury and return to the mat once again. As our conversation moved towards her Olympic experience,she paused for a bit, and said, “these moments pass, it’s always a matter of moving on.”

When you take into consideration what Vinesh has gone through in the past few months, you begin to realise that she has come a long way, but still has a long way to go. She continued,

“All that is in my mind is to keep working hard to come back. I cannot think about the future much because this is a day-by-day thing, I have checks every week to see how I’m improving.”

Still in the process of recovering, she is  almost certain to be out of the competitive circuit for the next few months. No one enjoys talking about injuries, especially, as devastating as this, yet she patiently indulges the inevitable inquiries.

“I want to recover well, want to be 100 percent fit when I come back. The doctor told me it would take at least six months for me to return to the competitive circuit again. But I don’t mind taking a couple of months more since the Asian Championships are not happening anytime soon,” she said.

She doesn’t want to rush ahead without confirmation of her full recovery. “I am slowly returning to my normal schedule. JSW, my physiotherapist, and trainer have been taking extra care of me. Unless I don’t take care of my knee now and give it enough rest, I may risk permanent damage. Most probably I’ll be back next year,” she said.

With any serious injury,physical pain is only one tiny part of the rehab process. The mental pain that she went through was far more devastating than her injury. “The first few days were very tough. I was very, very sad for some time. The Olympics comes once every four years. I will work very hard to win what I could not do in Rio, but it is in four years.”

Her serious yet calm demeanor is inspiring. I then realized that if the last few months have taught the 21-year-old anything, it’s to be patient. Throughout her eventful career, she has lived to practice and perform. She has a passion for competing at the highest level. It’s who she is.

Vinesh was dominant right from the beginning at the Carioca Arena 2 – Mat A in Rio de Janeiro this August. She overpowered the silver medallist of the European Championship this year, Emilia Alina Vuc 11-0 in her first bout and gave more hopes of a medal in women’s wrestling to the nation. But disaster struck in her second round, as Vinesh twisted her knee while attempting a hold on Sun Yanan from China. 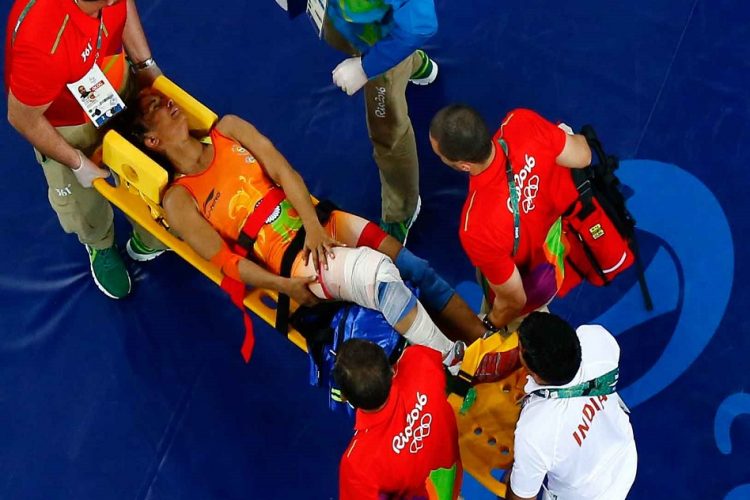 The injury was heartbreaking as she could not move her leg and a stretcher had to be brought to take her off the stage. The fans back home were shocked to see one of India’s best bets for a medal fall from grace by an unfortunate circumstance.

Describing the time she was alone, in pain on the mat, Vinesh said, “Yes, I was emotional, wondering how my dreams were all shattered in a split second. But the pain was unbearable. I could not move; I was done. I started crying out loud and asked the people around me to push painkillers because I wanted to be back on the mat and wrestle.”

One of the most common sports to indulge in such kind of comeback stories is wrestling, where the grapplers are hurt and forced to start all over again to regain their spot. Vinesh believed that she would never be on the mat again, let alone wrestle, which makes her recovery much more special.

“I had seen Geeta (Phogat) get injured when she was at her peak. It is tough for a sportsperson to make a successful comeback after surgery. I had never faced an injury as serious as this and I suddenly had a vacuum inside me thinking about my future. The feeling of who am I without my sport suddenly changed my identity. The thought of whether I can ever play again suddenly became unclear and questionable” she added, teary-eyed.

There was total silence at the venue when all this happened. Olympic silver medalist Sakshi Malik was inside preparing for her next match. “Sakshi had the right approach; she knew that she had to win. At the greatest sporting event in the world, she went to the mat without thinking of any consequences. And she came out victorious lifting the spirit of the nation.”

After her surgery in Mumbai, she flew down to Delhi to collect her Arjuna Award from President Pranab Mukherjee. A visibly-heartbroken Vinesh had a smile on her face as she received her trophy and citation seated on the wheelchair in Durbar Hall. “When I saw everyone walking and receiving their award, I was overcome with emotion. I stopped myself from showing that pain. But, the applause and love I received there were overwhelming. It only gave me the confidence to recover sooner and start wrestling again.”

In the 2017 Asian Wrestling Championships, fans will await the return of Vinesh Phogat, wondering all the while if she can attain the same level of success achieved before injury. “Right now, my focus is on the Asian Championships. I know it won’t make up for my Rio disappointment, but I will try to win the gold. It won’t be an act of revenge, but for sure it will give me a much-needed confidence ahead of the World Championships,” she added.

Coming from a place with strict ideologies, she has seen tougher times. “Wrestling is still not the easiest thing to take up as a career in our country. But first Sultan, an Olympic medal, and now Dangal will help the sport for sure. I’m happy to learn that it is getting more acceptable to be a wrestler in India.”

Come May 2017; Vinesh Phogat will make an emotional comeback to the mat – wanting more, attaining more, and finding a way back. Her fans cannot wait to see her wrestle again. However, the comeback means so much more. 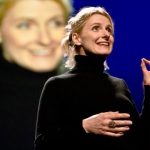 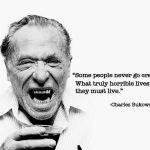