Sachin Tendulkar, who holds the world record for scoring the maximum number of centuries in Tests and limited overs cricket, recalled how he reached the landmark 50th ton at Centurion against South Africa, a day after his father’s birthday.

“When I scored my 50th hundred, the first thought that came to my mind was had my father been alive. I got my hundred on December 19, and my father’s birthday was on the 18th. I wanted to do it for him. And I achieved it,” Tendulkar said.

“When I score a hundred I thank god for the century, for giving me all the opportunities,” he added.

His father was a poet, so is his elder brother, but Tendulkar feels that he is born only to wield the willow and not the pen.

“I haven’t done that (writing) till now. I think God has given everyone some talent or the other. You have to appreciate the talent you get. I don’t think I can create something of that level. I just have to sit back and appreciate that,” Tendulkar said at a press conference in Mumbai.

“Like my brother said earlier…He had to leave cricket for me. I have to leave something for him,” he said referring to the comment made by his elder brother Nitin Tendulkar, who said that since he had to sacrifice his cricket for Sachin, he chose poetry.

Asked whether he was thinking of writing an autobiography, Tendulkar said, “Never thought about it. Never had time to think about it….maybe someday, if I feel like.”

To a query, Tendulkar, who is reportedly a favourite to get the ‘Bharat Ratna’ this year, said winning India’s highest civilian honour is a dream of every countryman.

“Every Indian would like to be honoured by the country. It is the biggest dream when your contribution is appreciated. But we are here for a specific reason, so I would not like to dwell too much on the topic,” he added.

The 37-year-old cricketer said that among the many things that he learnt from his father, he would like to teach his children to be ‘good-natured’.

“My father had given me the advice that your nature will be always with you. If you can become a good-natured person, that will stay with you forever and people around you will like you irrespective of whether you make runs or not. This is something I would want to teach my children,” he said.

“I joined Kirti college, Ramakant Acharekar Sir being a coach there was one of the reasons. (In those days) I got to travel with my father a lot. Sometimes I dropped him en route to practice. That time I got the advice that in life everything is temporary, everything has a deadline. The only thing that does not have a deadline, is your nature. So you should ensure that it is always good. I’m just trying to follow that,” Tendulkar said.

Stating that the death of his father during the 1999 World Cup was a great loss, Tendulkar recalled how his mother persuaded him to return to England to continue playing.

“I always felt the loss. It is a permanent. Nothing can replace him. But I know he is still there guiding me. His hand is there in all the decisions I take.”

“I think, that phase in my life was most difficult. And at that stage mother said that ‘if after his (father’s) demise, you don’t play cricket and stay here, what could be worse than that? You have to go and play for the country’,” the master batsman said.

Asked what he had in mind for his son Arjun, Tendulkar said, “It is his life. He has to decide what he wants to become. If I had tried to do other things I wouldn’t have reached here. Arjun should do in life what he wants to, something that he has passion for.”

Tendulkar also recalled an anecdote about a camp, headed by Vasu Paranjpe that he had attended during his U-15 days.

“I had attended an U-15 camp in Indore for a month. Vasu Paranjpe sir was heading it. It was great fun. But on the second day itself the watchman complained the boys practised till 2 at night, troubling others (in the neighbourhood). To this Paranjpe said, “Arre, then why didn’t you go and field?”

“I had read a lot of their work in my childhood, and wanted to write like them. My father understood my feelings and in 1982 ‘Pavsaala’ (rains) was published,” he said.

“Since childhood, cricket and poems have been my two passions. But while Sachin turned to cricket, I chose poems,” he added.

Asked about his younger brother’s best knock, Nitin said Tendulkar’s unbeaten 140 against Kenya in the 1999 World Cup was probably his best.

“It was his 1999 World Cup innings. Father had died, Sachin had returned and everyone was shocked. Because of mother, he went back. I feel his knock against Kenya was his greatest. To hit a century with that frame of mind, it’s unbelievable,” he added. 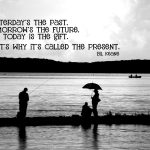