No one would have thought that the 19-year-old boy who started with a single truck will one day become the game changer for transport industry. Sharp vision and years of dedicated efforts has made Dr Vijay Sankeshwar industry’s tycoon at the age of 65.

Born and brought up in a middle-class business family of North Karnataka, Sankeshwar was the fourth child among seven siblings. His family was into the business of publishing and printing books. Once after the completion of secondary education, his father sent him to college for higher education. His father always motivated him to join the family business. After the graduation, at the age of 19, Sankeshwar acceded to the company, and simultaneously started a survey to set up another business with an investment of Rs 2 to 3 lakh.

After an extensive research, he decided to establish a transport business. In 1976, he formed VRL Logistics with a single truck and gradually expanded the services to Bangalore, Hubli and Belgaum. With eight heavy vehicles the business converted into a private limited company by the name of Vijayanand Roadlines in 1983. By 1990, the company emerged as a successful venture with an annual turnover of Rs 4 crore.

All my ventures were based on trial and error method. I took maximum risk and I am proud of everything I have achieved so far.

Today, VRL has pioneered in providing a safe and reliable delivery network in the field of parcel services. It has spread its operations from courier services to cargo and even air chartering. Recently, he along his son Anand Sankeshwar, decided to invest about Rs 1,300 crore in the airline venture over the next three years.

Vijay Sankeshwar also holds the Limca Book of Records for having the largest fleet of vehicles. His entrepreneurial journey is indeed an inspirational one. 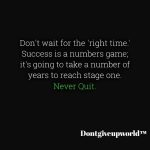 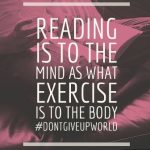