Poverty means struggling everyday, living in constant fear with life looking like a dark tunnel with no light at the end. It is commendable when people can maintain their positivity in the worst of times but it is extraordinary when they can scream ‘no’ at the tough life and convert into something exactly opposite.

Life threw thorns at him and at the age of 15, he was selling decorative candles to passersby on pavements of Chandigarh. Struggling to earn each penny, he also began selling fabric pieces from shop to shop, often turned down by the owners. All these rejections fueled fighter spirit in them and a stronger desire to change his present.

This is the story of Naresh Gulati  who failed in STD 10 and performed poorly in college but today colleges and universities cannot stop inviting him for lecturing hundreds of students and giving them insights of entrepreneurship, business expansion and success.

After a diploma in electronic data processing, Gulati took a loan and went to Melbourne for a post-graduate diploma in information systems. This was in the year 1995. But when he reached there he found out that he was cheated by his consultant back in India. “I was promised a job through which I hoped to pay my loans but it was all a big bundle of lies,” he says. The consultant had not told him about visa restrictions, tax deductions and other expenses which put him under severe financial pressure.

“I was promised a job through which

I hoped to pay my loans but

it was all a big bundle of lies”

He started interacting with other students there and found that they too have a similar story. He realised that hundreds of students need someone to guide them honestly before they step into a new country. Everyday in Melbourne was proving to be difficult and on many occasions he did not even have a place to sleep and had to resort to sleeping on park benches in the cold. These tough times made him see the potential of consultancy work and here was a business idea that he truly believed in and wanted to make it real.

Gulati returned to Chandigarh in 1996 and started Oceanic Consultants with a capital of just Rs 1,43,000. He was hopeful that the days of selling candles don’t return and fully dedicated himself to providing free and sound guidance to students who wanted to study abroad. He was set to take on people who were operating from one-room offices and had tied up with second-grade colleges which did little good for students’ future.

Naresh Gulati’s Oceanic Consultants now has its headquarters in Melbourne and helps students free of costs. He has set up two more businesses of Object Next Software and business process outsourcing intelligence.

After working endlessly for months and meeting heads of educational universities, today, Oceanic has a good number of clients in Australia, New Zealand, the US and Britain. “Over 70 percent of Australian universities and more than 65 percent of New Zealand universities are our clients,” he says. He is earning around Rs 1,000 crore annually.

Naresh now helps thousands of students every year to pursue higher education overseas and has become one of the most trusted names in the field of overseas education. He has shown that the worst of situations can be turned into opportunities if you are willing to look beyond the negativity. 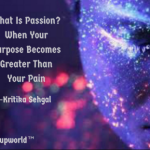 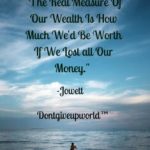