It is a dream of many Indians to make it to the prestigious IIT and there are many who fails to make it. While a many of them get disheartened, there are few who achieve something bigger, where even IIT looks small in front of it.

17-yr-old Malvika Raj Joshi from Mumbai has done the same. She has made it to Massachusetts Institute of Technology (MIT) one of the most prestigious educational institutes of the world, based on her merit without any certificates.

She doesn’t have a Class 10 or 12 certificates but has an impeccable computer programming talent that earned her a scholarship at MIT for being a three-time medal winner (two silver and a bronze) at International Olympiad of Informatics. She is pursuing Bachelor of Science degree.

MIT has provisions for students who are medal winners at various Olympiads (math, physics or computer).

Her talent recognised by her mother when she took Malvika out of school after her 7th standard, the reason she cited was she wanted her kids to be happy than someone being part of a rat race. Malvika’s mother works in an NGO for cancer patients, she saw kids of class 8th or 9th dying due to cancer which moved her deeply. She realised her kids will be more happy, if they study on their own, instead of studying in school.

It was hard for her mother to convince his husband, who is an engineer but she was determined to make it work. She left her job at the NGO and designed a curriculum for her child.

Malvika found it difficult to get admission in elite Indian institutes like IIT, which has strict rules as one needs to pass class XII exams.

The only institute that allowed her to enroll was Chennai Mathematical Institute (CMI) where she got into an MSc level course as her knowledge was on par with BSc standard.

Don’t Give Up World  congratulates Malvika for her achievement. Girls like her are making the country proud. However, if elite Indian institutes like IITs fail to recognise her potential then it is a loss for the country. Indian educational institutes should also come up with some facilities that should give students admissions based on their talent and not school degrees. 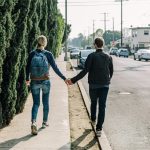 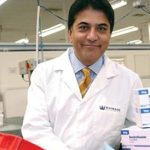