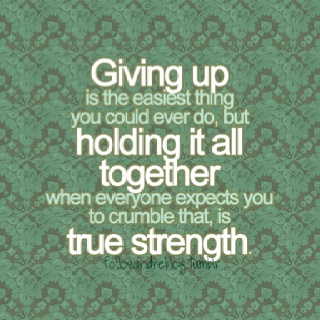 I say to myself  “Don’t Give Up ” : An essay by Ankit Mittal

I don’t have an incident which can be celebrated as one in which I had unsurpassed Mission Impossible like difficulties and somehow by not giving up, I managed to catch the bad guy. It is, in fact related to the life that I lead everyday, that I see my friends, family and everybody else leading everyday.
I hear people talking sadly about poverty but watch them buying the latest version of IPhone, spending the money which could feed a child for a year, but who is now one of the 18,000 children who die everyday because of hunger.
I hear people complaining about the hideous amount of corruption in India, but choose to go to “Student of the Year” movie instead of going to support Anna’s rally.
I read news about girls getting raped at a place near my home, and I read people fighting on forums about whose fault it is. I feel that I am mad because even if a woman walks naked on the road, I don’t see how her body shouts “public property” to the rest of the world.
I see people over-complicating the simple things that they do understand and over-simplifying the complicated things that they do not.
I see people talking about US elections and discussing which candidate is better even though they don’t know anything other than what popular media tells them. And then I see them sleeping on their country’s election day.
I see kids who dream about becoming an investment banker and I realize the effect social conditioning has in our lives. I realize that we are not individuals, but the result of the conditions that this society shoved in front of us since we were kids. Although people like to celebrate the fact that we are all unique and hence have an identity, I see that at the most basic level, we are all the same, and that is how we give back to the society that shaped us, by standing together to the principles of greed, fear, laziness and ignorance.
I see all this and I realize that I am also a part of this world, and I say to myself “Don’t give Up”. But then,
I see some of my friends working tirelessly to develop technology using renewable resources to make villages of India self sufficient, and I see hope of eliminating the poverty.
I see people like Kejriwal standing up to the government and no matter whether he fails or wins or becomes corrupt himself, I realize that he has shown how to reach to the heart of the government and that the government is not the Almighty and it can bleed.
I read on the news about people sacrificing their lives to protect unknown women from monsters and I realize that it will spark a thought during many people’s encounter with their moment of truth.
I see people talking to the point and about the things that matter rather than going in circles and spreading fake rumors.
I see people talking about the effects of globalization on our country and having ideas about how we should be equipped to fight the negative effects.
I see kids who have ideas of a brave new world, a better world dominated by freedom rather than slavery. They understand that technology can show us the way and I see them working hard to catch up. They may be called weird and boring in their circle, but I understand their priorities. They are the ones who have an identity.
I see all this and again, I say to myself, “Don’t Give Up”. 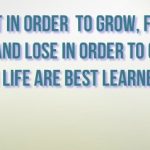 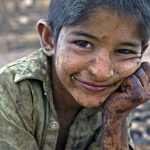