In a small government primary school in Konjady of Karnataka’s Mangalore district, the principal, Suresh Shetty has started an innovative way of retaining the school’s students.

In this school, which is some 50 kms from Udupi town, Shetty gives Rs. 1000 as a bond money to each student from his own salary. Reportedly, when he joined the school three years ago, the number of total students were 13 and the numbers kept dropping each year. Under his unique initiative, Shetty gives Rs. 1000 to each student who takes admission from the previous academic year. The school has classes 1 to 5 and has a total number of 28 students, all thanks to Shetty’s efforts.

The 55-year-old has been an educator since the last 23-years and till date, he has deposited a sum of Rs. 26,000 against the names of 26 students, which includes both new and existing students, reported The News Minute. The amount is, however, a one-time deposit that can be used by both the students as well as their parents.

After the school opened up in 1959, it remained the sole educational institution in the area for a long time, according to the Times Of India. However, Shetty needed to put in much efforts to convince the parents to send their wards to school. Additionally, he said that most of the kids in this school belong to the marginalised Kunbi community and they were not turning up because the teachers weren’t regular. He also made sure that two teachers come to school everyday.

Upon joining the school, it was brought to Shetty’s notice that the school has not celebrated an “Annual Day” for the last 20 years and only a few parents turned up at the first parent-teacher meet. To spread awareness about the benefits of education, the school started conducting PTA meets in the month of April where they invited not only parents but local residents as well.

Shetty’s selfless efforts did not go unnoticed, as local residents and friends also started chipping in. These funds went towards transport facilities for students in remote locations and buying stationery for the children.

This unregistered welfare trust of sorts has been encouraging more and more parents to enrol their children in this primary school.

THE DON’T GIVE UP WORLD TEAM  applauds Mr Suresh Shetty’s commitment and appreciates his efforts towards education. 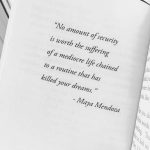 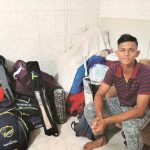