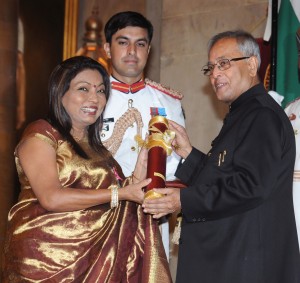 A dalit woman, who once attempted suicide to escape discrimination, poverty and physical abuse, becomes the CEO of a multi-million dollar company.

Born into a low-caste Dalit family in Maharashta, Kalpana Saroj was bullied at school. Some of her friend’s parents did not let her in their homes, and she was not even allowed to participate in some school activities. She was forced into marriage at the age of 12. She moved to Mumbai to be with her husband who was 10 years older, but was shocked to find herself living in a slum. She was treated very badly by her husband’s elder brother and his wife. When her father visited her in Mumbai, he was shocked to see his daughter emaciated and wearing torn clothes and took her back home. Many villagers were suspicious of her return, viewing Kalpana as a failure.

She tried to ignore the judgmental comments thrown at her, focusing instead on getting a job. She learnt tailoring as a way to make money. At the age of 16, she moved back to Mumbai to stay with an uncle and work as a tailor. She began by earning less than 30 rupees a month, but tirelessly learnt how to operate industrial sewing machines, and as a result saw her income rise. She took a government loan to open a furniture business and expand her tailoring work. Her reputation led to her being asked to take over the running of a metal engineering company, Kamani Tubes, which was in massive debt. By restructuring the company, she turned things around.Now, Kamani Tubes is a growing business, worth more than $100m. Kalpana Saroj was awarded the Padma Shri for Trade and Industry in 2013.

“If you give your heart and soul to your job and never give up, things can happen for you.” 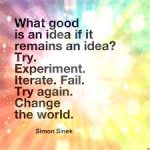