He authored books and sold it to pay his college fees

Mr. Hemachandran is the CEO of Brand Avatar, a branding and event management firm and director of Celebrity Badminton League, which is an accomplishment in itself, but if you look at where he started, Mr. Hemachandran’s story could perhaps be one of the most inspiring stories you would have known. He was born to a poor farmer from a remote village of Tamil Nadu. After passing school with a less-than-average result, Hemachandran turned things around when he went on to secure a top rank in the diploma exams to earn an entry into one of Chennai’s leading private institute, Crescent Engineering College. Just when it was all going well, tragedy struck, when his father passed away due to cancer and he was left alone to support himself. Despite the unfortunate developments, he saw the opportunity behind the adversity, Hemachandran realized he was good at taking notes in his class and he found a lot of students wanted simple notes to study. Hemachandran authors books using his class notes which were widely brought by students across the university, he went on to author 25 books related to engineering during his college days. This was perhaps the first time he realized his business acumen and the ability to convert challenges into opportunity.

After engineering, Hemachandran became one of the representative of Lok Paritran party, a political party formed by IIT students. Hemachandran went to become the general secretary of the party in Tamil Nadu that promised corruption-free governance. Even as his political journey came to an end, his entrepreneurial journey started. He is now one of the leading names in events space, as CEO of Brand Avatar,  Chief Executive Officer and Founding Director of Celebrity Badminton League. Last year he had taken the podium at  TED Talk in Chennai, where he discussed the journey of his life and how he turn to become successful in his life, in spite of such difficulties.

The Don’t Give Up World Community applauds Mr. Hemachandran for his sensational achievements despite the odds being stacked against him. We hope he will inspire many to overcome challenges and unleash their full potential. 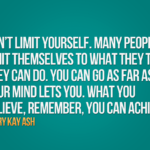 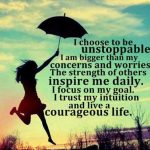