My dad always dreamt of me pursuing a career as an auditor, and hence added audit in my name, laughs Auditya Venkatesh.

He is a 28-year-old self-taught photographer who quit a promising career in chartered accountancy to follow his passion. Using the humongous web of social media to its fullest, he has made it to the top, with 7 lakh Facebook followers and 12 lakh Instagram followers.

The dawn of Audi Photography

Auditya was a student when he started his Facebook page Audi Photography. His declining interest in his curriculum led him to follow his passion. The idea of capturing every moment was always at the back of his mind, and he finally quit his college to follow his instincts,

I’m a drop-out. It was the worst. I gave up. Studying just wasn’t for me.  I couldn’t complete my Chartered Accountancy. The reason I gave up, though, was that when I was doing my articleship, I was the only one in my entire batch who could communicate, because of which I got to head my own team and I was interviewing chartered accountants to work under my team. Then I realised, if I finished my Chartered Accountancy and was being interviewed by a 20-year-old who knew nothing about what he was doing, I didn’t think it was a good thing to continue. That’s the story behind my dropping out.

His initial stint with the lens dates back to the time when he was 7 years old. After many experiments and trial sessions, he received a 5MP point and shoot camera as a gift.

I’ve always been interested in photography. Ever since I was a kid; it’s always fascinated me. When I was too young to be trusted with a camera, I’d make my family or friends sit down, and sketch them on a piece of paper, then sketch out a little negative of it and put it in an envelope that said foto-flash on top, just like they did in the good old days.

Eventually, he started his first Facebook fan page under the banner Audi Photography on Oct 1st 2010, which has today evolved into a community of around 7.5 lakh photography enthusiasts.

The negatives behind the life of a photographer

He started making decisions for himself at the age of 16. From working as a tele-caller to paying his own taxes and owning an office space, Auditya has seen the grass on both sides.

The life of a photographer is not a cake walk. It takes perseverance and determination to stick to a profile where party invites mean free photographs, where weddings mean gaining experience and no money. Talking about his initial hurdles, Auditya says,

This will probably echo with most working photographers/artists, a lot of the time, the biggest hurdle is getting the assignment at a mutually beneficial price-point. And after the project, getting the payments on time

His experience and knowledge of photography was very limited when he started out, so in order to understand how to set up a base price, how photographers talk to their clients and deal with situations, Auditya went in for being a model in few projects.

During one of his projects with the Discovery Channel in South Africa, he was robbed of his luggage. The stolen bag had gadgets, cameras and lenses worth lakhs, due to which he had to cancel all his upcoming projects, reimburse his clients and find a potential standby to fill his spot. It took almost a year for him to get back to his normal life, fighting the odds of losing something so valuable. It was one of the turning points of his life.

“Soon after this, he travelled to Nepal on an assignment. Auditya was so blown away by the hospitality and liveliness of the place that he was basking in the excitement up to next day, when he woke up to a broken roof, damaged walls and dead bodies. The country was hit by a massive earthquake, and that is when he realised how lucky he was.”

Auditya is an apt example of how one fights every battle, uses the resources available, strengthens his passion and conquers the world.

Today, his top clientele includes the country’s who’s who, with brands like Vodafone, Samsung and Toyota as his patrons.

Here is his TEDx Talk

More than anything else, his talk will inspire you to follow your heart and do what you’re meant to do, because that’s the only way you can be happy with your life. 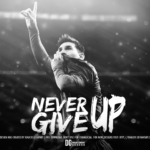 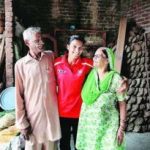