In all of four and a half minutes, actress Radhika Apte dispenses heartwarming advice to her younger self in a new video. Her poignant words on beauty, body image and conduct have already made a dent in the hearts oFindYourBeautiful

I’ve all grown up with insecurities. I’ve hated my nose, I’ve hated the fact that I’m the only “dark skinned” child in my family (Thanks, Grandma). But as I grew up, I realized how beautiful I am. How being flawless was never the goal. Embracing your flaws were. Heck, why do we even call them flaws? They’re a part of you, they are your identity, they make you beautiful! You needn’t follow the rules by the book.

There shouldn’t be any guide that convinces you that this is the right size and shape for a nose, or how many tubes of fairness creams you should finish before you finally become flawless.

Because fairness tubes will still get emptied, magazine pages will always get flipped, but by the time you reach the end of both, you’re still going to be the same – You’re going to be beautiful and you’re going to #FindYourBeautiful

The moving video shows the Badlapuractress sorting out some of her old books when she stumbles upon a childhood photo of herself. That’s when she begins pondering what she wishes she could tell her younger self today. Would she like chhoti Radhika to talk less and study more? Or not cry after losing that fancy-dress competition? Or would she tell her how fantastically her life was going to change in the future?

None of the above…

All she’d like to tell her younger self in two simple words is – “You’re beautiful.”

The video, part of the ‘#Unblushed’ series by YouTube channel Blush, then shows the older Radhika dismissing traditional norms set by society, especially the definition of ‘a well-behaved Indian girl.” Her advice to her younger self is to live life according to her own rules.

“Apni zindagi ke chhote bade hisse kiraye pe mat dena,” Ms Apte says in the video, words that apply to all women out there.
Every woman who has ever been a victim of self-doubt must know how beautiful you are, as you are.#FindYourBeautiful now because only you have the right to judge what’s right for you and what isn’t. 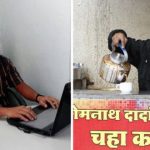 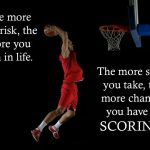