Without a doubt, Muhammad Ali will go down as one of the greatest sporting icons ever in the history.The legendary boxer, who passed way at the age of 74, has left behind him plenty of memories which his fan will cherish forever. 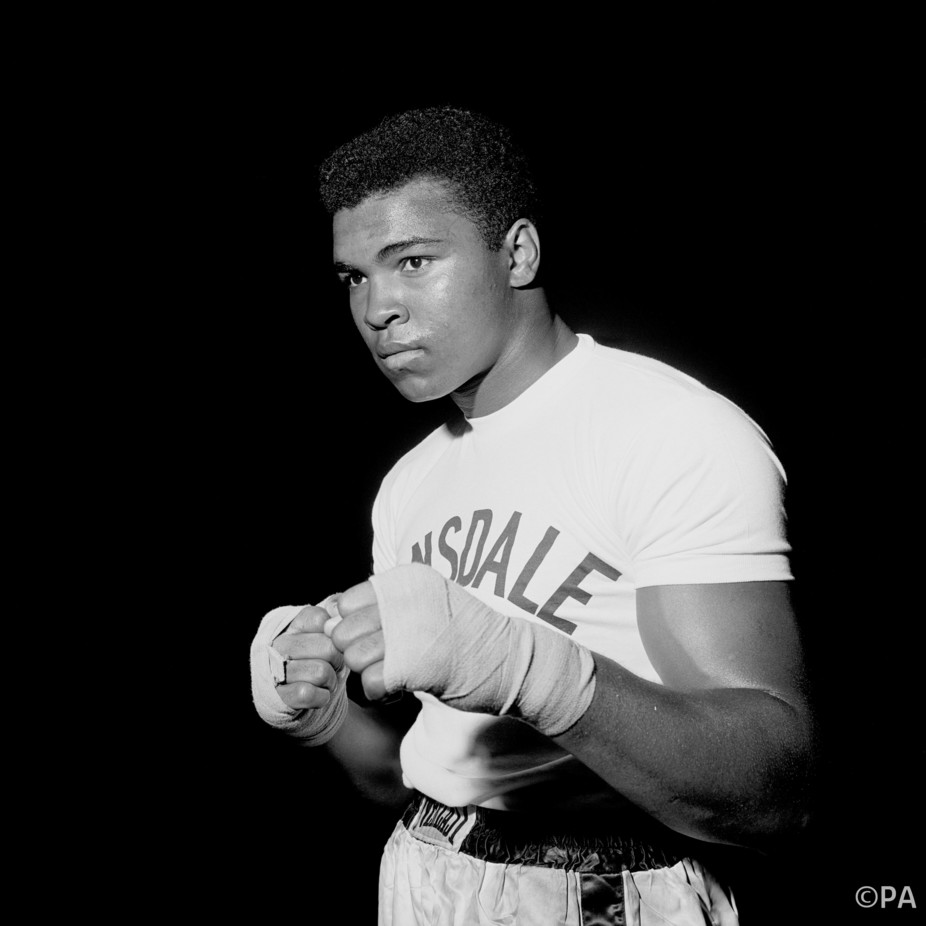 Born in Louisville, Kentucky, in the segregated south, Cassius Clay, as he was christened, was made forcibly aware of America’s “two nations,” one black, one white. After winning a gold medal at the 1960 Rome Olympics, he returned home to be refused service at a restaurant. This kind of incident was to influence his later commitments.

Clay both infuriated and fascinated audiences with his outrageous claims to be the greatest boxer of all times, his belittling of opponents, his poetry and his habit of predicting (often accurately) the round in which his fights would end.“It’s hard to be modest when you’re as great as I am,” he remarked.

But the attention that Ali gained through punching other men lead to a life that touched nearly every aspect of modern culture. Race, religion, war, media, medicine, fame: Ali was a central character of the second half of the 20th century, one of the most tumultuous eras in our shared history.

At the age of 22, he had made a name for himself and won the World Heavyweight Championship in 1964 by defeating Sonny Liston in seven rounds, in what is believed to be one of the biggest sporting upsets ever.

After that stunning win, Ali, who was originally known as Cassius Clay, joined the Nation of Islam and changed his name declared that “Cassius Clay is his slave name,”.

On April 28, 1967, Ali refused to join the army after he was drafted. “I ain’t got no quarrel with them Viet Cong,” Ali said. “No Viet Cong ever called me nigger.” It was a poet’s summation of everything wrong with the Vietnam War, and for his insight Ali was arrested for draft evasion, convicted, and stripped of his titles. He appealed, and in 1971 the Supreme Court would overturn the conviction, but Ali was unable to obtain a licence to box for over three years. The war was remaking how civil society understood race and class, and at the center of the argument, again, was Ali.Ali’s refusal to serve in the armed forces resulted in a five-year legal struggle, during which time Ali was stripped of his title.His conviction for dodging the Vietnam War draft was overturned by the Supreme Court in 1971.

Ali had to wait until 1974 before getting another chance at the world title. By this time, Ali, at 32, was not favoured; in fact, many feared for his well being against the unbeaten George Foreman. 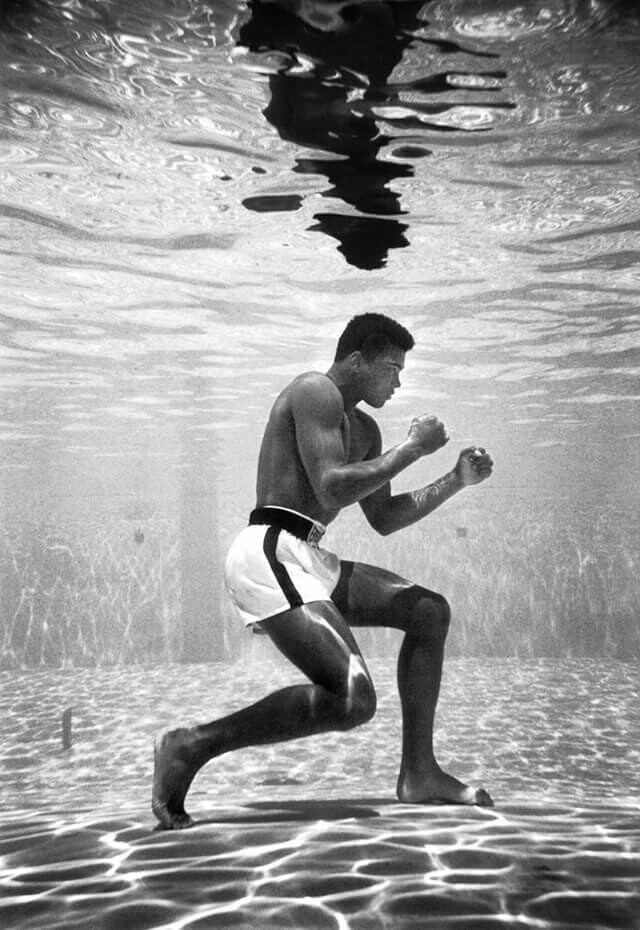 Muhammad Ali, then still Cassius Clay, training in a pool at the Sir John Hotel in Miami. [1961]

[box type=”success” align=”aligncenter” class=”” width=””]This is Ali’s speech before his fight with George Foreman in 1974:

I have wrestled with an alligator

I done tussled with a whale

I murdered a rock Injured a stone,

hospitalized a brick. I’m so mean, I make medicine sick.[/box]

Ali reclaimed the heavyweight belt against George Foreman in one of the most storied events in sports history, “The Rumble in the Jungle” in 1974. Ali employed the “rope-a-dope,” in which he allowed Foreman to tire himself out as Ali absorbed punch after punch, before he claimed the bout in Zaire — now known as the Democratic Republic of the Congo — with a knockout.

On October 2, 1980, Muhammad Ali, then aged 38, and Larry Holmes, the heavyweight champion of the world, entered a temporary arena built at Caesar’s Palace, Las Vegas. A gate of nearly 25,000 had paid $5,766,125, a record in its day. “It wasn’t a fight; it was an execution,” wrote Ali’s biographer Thomas Hauser. After ten sickeningly one-sided rounds, Ali’s trainer Angelo Dundee signalled Ali’s retirement. Ali’s aide and pleaded: “One more round.” But, Dundee snapped back: “Fuck you! No! … The ballgame’s over.”

In a way, he was right: one game had indeed finished. Ali fought only once more. His health had been deteriorating for several years before the ill-advised Holmes fight and the savaging he took repulsed even his sternest critics. Ali the “fearsome warrior,” as Hauser calls him, would disappear, replaced by a “benevolent monarch and ultimately to a benign venerated figure”.

Ali announced his retirement from boxing with a 56-5 record, three of the losses coming in his final four fights.  He had 37 knockouts.He appeared to have made a graceful exit when he moved to Los Angeles with his third wife Veronica whom he had married two years before. His first marriage lasted less than a year ending in 1966; Ali married again in 1967, again in 1977 and then in 1986 to his current wife Yolanda Williams.After his retirement, he concentrated on philanthropy and social activism.

The cruel irony of Ali’s life was that this most verbal and vibrant of men was slowly silenced.Ali had shown signs of stuttering and tremors even before he stopped fighting; in 1984, the diagnosis came: Parkinson’s Disease. His physical decline eventually left him with large tremors and an inability to speak above a whisper, if at all.

He was admitted for medical treatment several times in recent years, including to treat pneumonia in December 2014.Died late Friday night after being hospitalized in Arizona a day earlier with a respiratory issue. 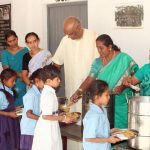 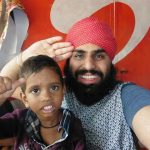