It is true that most of the people set their goal while struggling with problems. This is a story of a boy who got motivated due to lacking medical facilities in his village which had left his father and uncle disabled.

This remarkable success story revolves around the struggle of a boy named Abhishek Babel from Kadwasa, a small village in the Neemuch district of Madhya Pradesh.

NEET recently released the results of All India Medical Test, Abhishek has bagged an All-India Rank (AIR) of 431. He ranked 19th in the state ranking and the 831th rank in the list of All India Institute of Medical Sciences (AIIMS).

He is the very first person from this village to have ever cracked a medical examination.When he was 13 years old, his father became physically disabled due to leg paralysis. His uncle had also lost his leg in a similar illness. Abhishek seen fighting their family with diseases since childhood. Also there was no good healthcare services available. While struggling in such condition, he decided to become a doctor. His father and uncle also motivated and supported him a lot.

When I saw my father and uncle struggling

with life due to their disability, I decided to

become a doctor so that I could treat not

only my father and uncle but also all those

people who are suffering — Abhishek Quoted

Abhishek got their high school education from a private school in the village. Then for further studies and achieving the dreams of becoming a doctor, he moved to Kota and joined medical coaching classes. He scored 88.20 percent in 12th board and also crack the prestigious NEET exam.

He plans to attend Grand Medical College of Mumbai in Hindi medium.

His success story will surely motivate his villagers and all other people to give their child a better education.

The Don’t Give Up World Team  salutes the courage and determination of Abhishek  and we wish him all the best for his continued success . 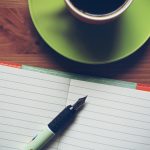 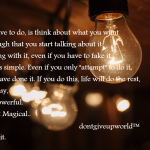