People associate creative works with mental health issues and a fear that their work won’t be good enough, or not as good as their past work. Indeed a lot of writers in the 20th century have committed suicide or suffered depression. After the massive success of her book “Eat, Pray, Love” Elizabeth believes that her greatest work is now behind her, which is a scary thought. She looked at how to construct barriers between her work and this anxiety about how it will be received.

The ancient Greeks and Romans believed that an artist had a spirit that helped their work – called a daemon or a ‘genius’. This idea insulated the artist from criticism and narcissism – the work was not theirs and they could not take all the credit or blame. In the Renaissance the language shifted slightly so that instead of possessing a genius the artist was a genius – this makes the artist responsible to their critics. It distorts egos, creates unmanageable expectations, and has been killing artists for 500 years.

Why can’t we go back to the classical period? Does their understanding of creativity make any less sense than our own? Elizabeth describes an explanation of a poem coming to a poet like an approaching train, and having to sprint to a pencil to write it down before it passed never to be seen again. This look at creativity (that ideas just come to you) is common, and it does make it sound as if the artist isn’t fully in control of their works.

A musician (Tom Waits) took a different approach when he was driving down the road and a song just came to him. He couldn’t write it down and didn’t have a tape recorder to sing to, so instead of panicking that he would lose it, he started talking to his daemon. “Can you not see I’m driving”… “If you really want to exist come back at a more opportune moment”… “Otherwise go bother someone else today. Go Bother Leonard Cohen”. Elizabeth tried a similar approach while feeling anxious – telling her daemon she’s doing everything she can, and if the daemon wants a better book he should turn up to work to do his bit.

Elizabeth uses this concept of an external daemon to keep working through the anxiety, or the fear that her next book won’t be as successful as her last. She has to keep showing up to work, and if the daemon on loan to her doesn’t, than so be it. 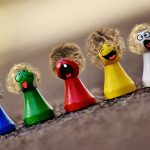 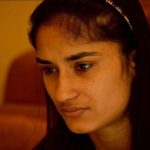