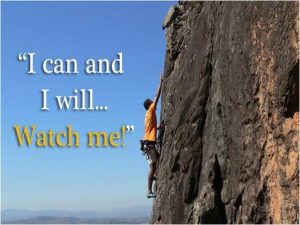 History abounds with tales of experts who were convinced that the ideas, plans, and projects of others could never be achieved. However, accomplishment came to those who said, “I can make it happen.”

The Italian sculptor Agostino d’Antonio worked diligently on a large piece of marble. Unable to produce his desired masterpiece, he lamented, “I can do nothing with it.” Other sculptors also worked this difficult piece of marble, but to no avail. Michelangelo discovered the stone and visualized the possibilities in it. His “I-can-make-it-happen” attitude resulted in one of the world’s masterpieces – David.

The experts of Spain concluded that Columbus’s plans to discover a new and shorter route to the West Indies was virtually impossible. Queen Isabella and King Ferdinand ignored the report of the experts. “I can make it happen,” Columbus persisted. And he did. Everyone knew the world was flat, but not Columbus. The Nina, the Pinta, the Santa Maria, along with Columbus and his small band of followers, sailed to “impossible” new lands and thriving resources.

Even the great Thomas Alva Edison discouraged his friend, Henry Ford, from pursuing his fledgling idea of a motorcar. Convinced of the worthlessness of the idea, Edison invited Ford to come and work for him. Ford remained committed and tirelessly pursued his dream. Although his first attempt resulted in a vehicle without reverse gear, Henry Ford knew he could make it happen. And, of course, he did.

“Forget it,” the experts advised Madame Curie. They agreed radium was a scientifically impossible idea. However, Marie Curie insisted, “I can make it happen.”

Let’s not forget our friends Orville and Wilbur Wright. Journalists, friends, armed forces specialists, and even their father laughed at the idea of an airplane. “What a silly and insane way to spend money. Leave flying to the birds,” they jeered. “Sorry,” the Wright brothers responded. “We have a dream, and we can make it happen.” As a result, a place called Kitty Hawk, North Carolina, became the setting for the launching of their “ridiculous” idea.

Finally, as you read these accounts under the magnificent lighting of your environment, consider the plight of Benjamin Franklin. He was admonished to stop the foolish experimenting with lighting. What an absurdity and waste of time! Why, nothing could outdo the fabulous oil lamp. Thank goodness Franklin knew he could make it happen. You too can make it happen!

It Couldn’t Be Done

From Candles to Soap

In 1879, Procter and Gamble’s best seller was candles. But the company was in trouble. Thomas Edison had invented the light bulb, and it looked as if candles would become obsolete. Their fears became reality when the market for candles plummeted since they were now sold only for special occasions.

The outlook appeared to be bleak for Procter and Gamble. However, at this time, it seemed that destiny played a dramatic part in pulling the struggling company from the clutches of bankruptcy. A forgetful employee at a small factory in Cincinnati forgot to turn off his machine when he went to lunch. The result? A frothing mass of lather filled with air bubbles. He almost threw the stuff away but instead decided to make it into soap. The soap floated. Thus, Ivory soap was born and became the mainstay of the Procter and Gamble Company.

Why was soap that floats such a hot item at that time? In Cincinnati, during that period, some people bathed in the Ohio River. Floating soap would never sink and consequently never got lost. So, Ivory soap became a best seller in Ohio and eventually across the country also.

Like Procter and Gamble, never give up when things go wrong or when seemingly insinuations problems arise. Creativity put to work can change a problem and turn it into a gold mine.

When young F. W. Woolworth was a store clerk, he tried to convince his boss to have a ten-cent sale to reduce inventory. The boss agreed, and the idea was a resounding success. This inspired Woolworth to open his own store and price items at a nickel and a dime. He needed capital for such a venture, so he asked his boss to supply the capital for part interest in the store. His boss turned him down flat. “The idea is too risky,” he told Woolworth. “There are not enough items to sell for five and ten cents.” Woolworth went ahead without his boss’s backing, and he not only was successful in his first store, but eventually he owned a chain of F. W. Woolworth stores across the nation. Later, his former boss was heard to remark, “As far as I can figure out, every word I used to turn Woolworth down cost me about a million dollars.”

Henry Ford hired an efficiency expert to go through his plant. He said, “Find the nonproductive people. Tell me who they are, and I will fire them!”

The expert made the rounds with his clipboard in hand and finally returned to Henry Ford’s office with his report. “I’ve found a problem with one of your administrators,” he said. “Every time I walked by, he was sitting with his feet propped up on the desk. The man never does a thing. I definitely think you should consider getting rid of him!” When Henry Ford learned the name of the man the expert was referring to, Ford shook his head and said, “I can’t fire him. I pay that man to do nothing but think – and that’s what he’s doing.

If an impulse comes to say some un-thoughtful word today that may drive a friend away, don’t say it! If you’ve heard a word of blame cast upon your neighbor’s name. That may injure his fair fame, don’t tell it! If malicious gossip’s tongue some vile slander may have flung on the head of old or young, don’t repeat it! Thoughtful, kind, helpful speech,” ‘This is a gift promised to each – this, lesson we would teach”! 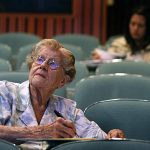 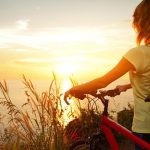